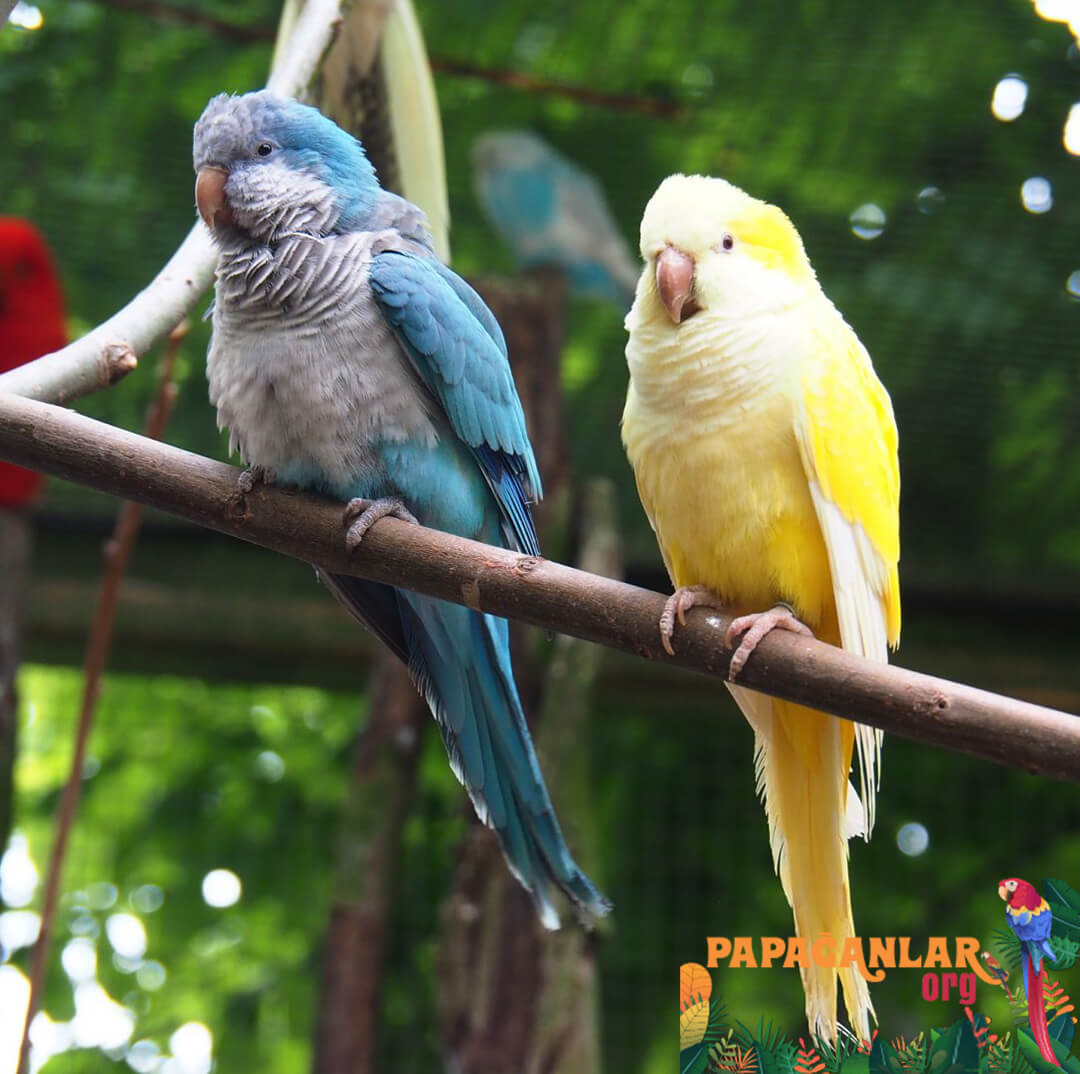 Apart from their native South America, they are common in most of Argentina (such as N.m. Calita species and N.m. Luchsi), Paraguay and Uruguay, Brazil (such as N.m. Luchsi species) and also in Bolivia, with varying subspecies.

In addition, it has been popularized by people in North America, Mallorca, Porte Rico, Germany, France, Belgium, Sweden, Italy, Spain, Portugal and England. It is known that they were brought to Australia in 1867, although there is no certain information about when they were first brought to Europe. 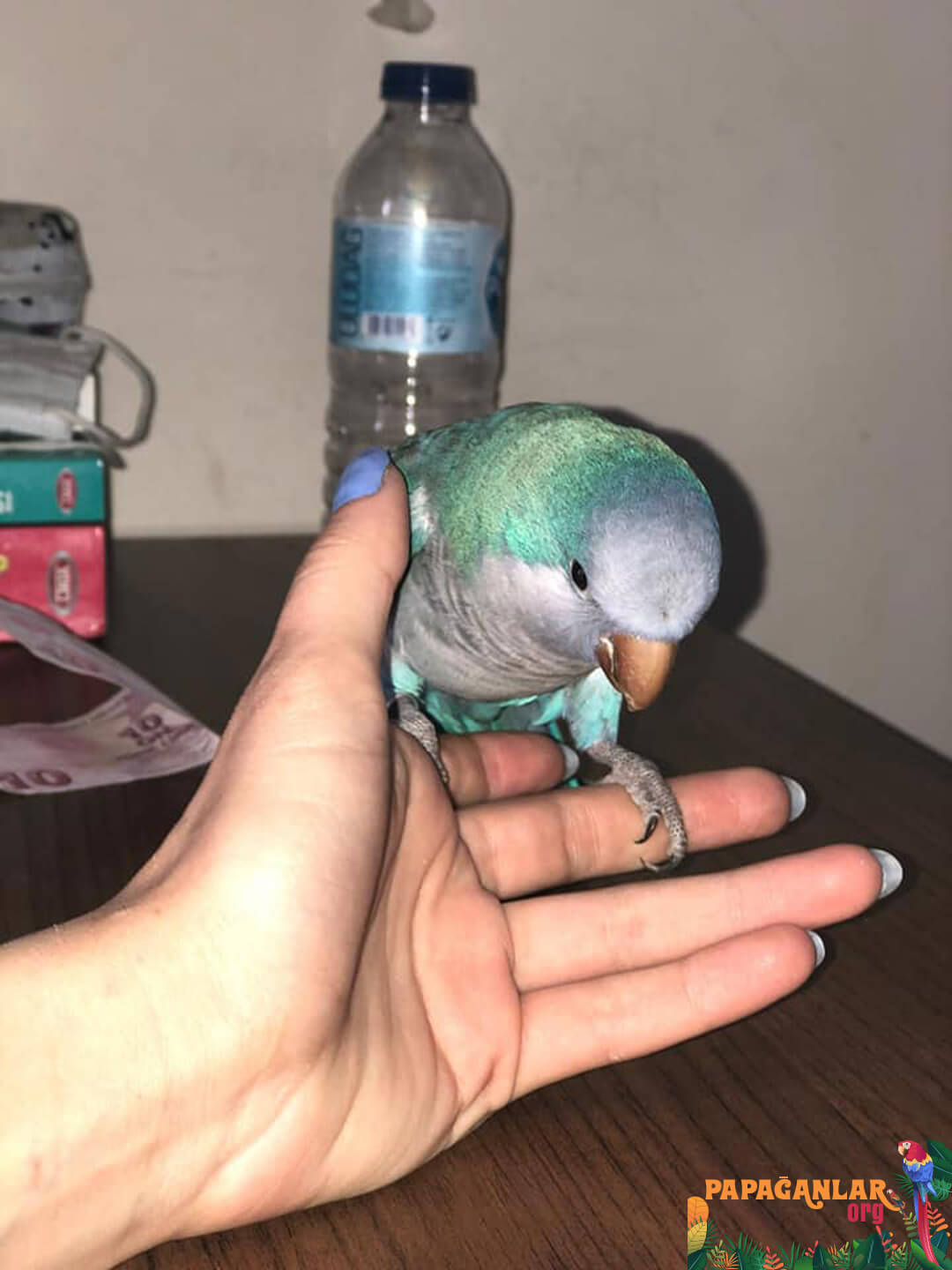 It is a very docile and adaptable species that mostly lives in herds. During mating and breeding periods, the herd divides into small groups of about 10 pairs. And these small groups lay their eggs in the common nest system they set up. Currently, this species is not considered to be a fully endangered species. The biggest reason for this is that it has the ability to easily adapt to changing environmental conditions. But the biggest danger for them is the gradual loss of their natural habitats. 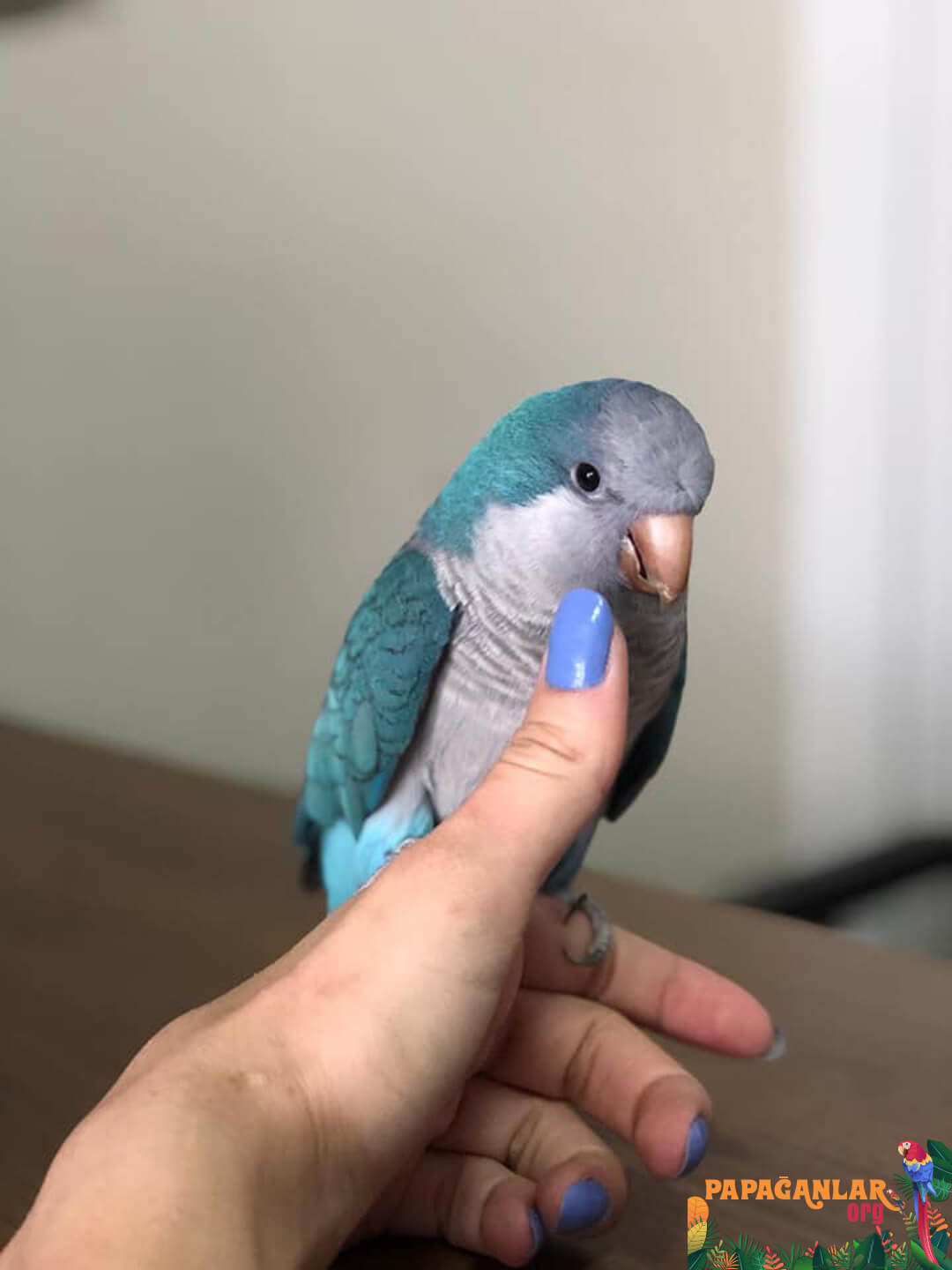 They are the same color in male and female appearance. The ground colors are green and the alon part is bluish gray. She has a white gray mask on her face, which also covers the neck area. On the chest feathers, which are in brown – gray tones, there are light gray tones. The colors on the upper and lower parts of the abdomen are green and yellow. The tones of the feathers on the feet and on the tail are a yellowish green tone. The wingtip feathers are blue and black, the underwings are light gray and pale blue. The upper part of the tail feathers is blue and green, and the lower parts are a mixture of light blue and green tones. The beak colors are light brown. The iris of the eye is dark brown. There is a gray ring around the eyes (the part with the ring is hairless). Likewise, their feet are grayish in color.

To distinguish young birds from adults, it is necessary to look at the colors on the forehead and face mask. Because in immature birds, these regions are in a greener tone. 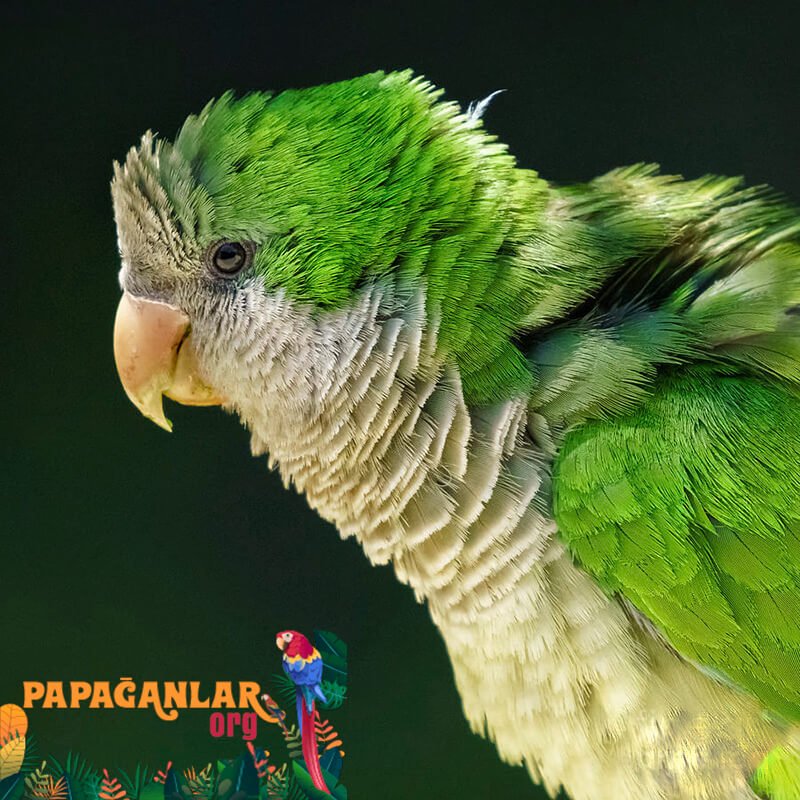 Height: Between 23 and 31 centimeters (depending on the species)

They are species that love diversity in nutrition. Seeds, pecans, fruits, herbaceous plants, buds, insects and their larvae are the varieties it feeds on. Baby birds are generally fed with animal food in the first weeks. They are especially disliked by farmers because they cause a lot of damage when they come to agricultural areas in flocks.

breeding times; Occurs between August and November (in their natural habitat).

Baby birds are able to fly out of the nest approximately 42 – 45 days after this period. After this stage (after flying from the nest), they can live independently of their parents within 2-3 weeks. 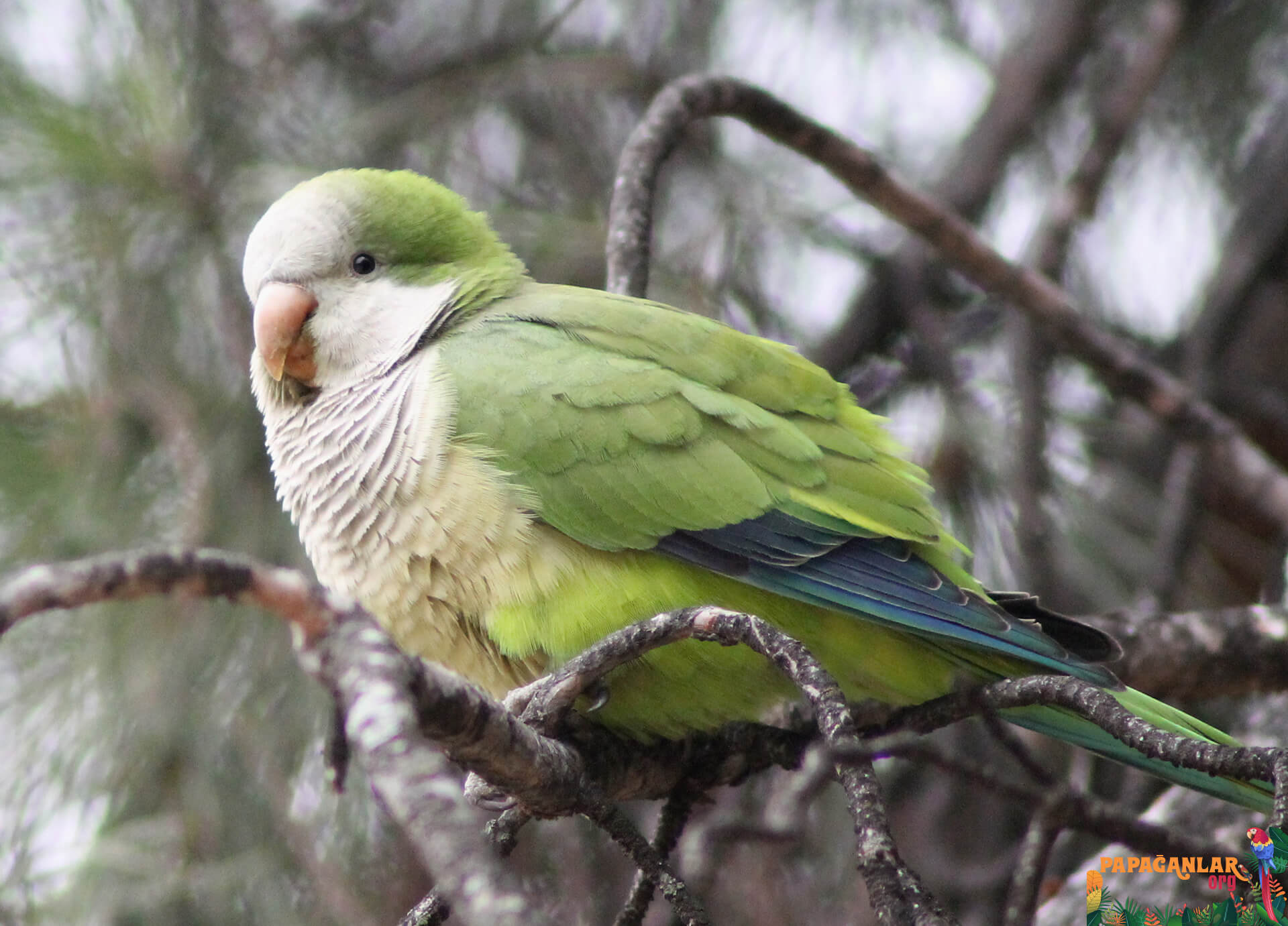 The biggest feature of this species is its nesting pattern. It differs from all other parrot species. Parrots usually lay their eggs in tree cavities, trees or small cavities on rocks. Monk parrots build their nests on tall trees or palm trees. in them; The difference is that in addition to the single nest system, they establish collective nest systems, namely colony-shaped nests. The weight of such a nest sometimes reaches 250 grams. They form their nests in tree branches, thorny branches, and brushwood, which they collect. The stage of building such nests can sometimes take weeks. Generally, 5 or 10 pairs of birds live together in this type of nest.

Nests are shaped like houses that are intertwined but separated from each other on the inside. Each couple spawns in the house reserved for them. There are resting, sheltering and spawning rooms in the mentioned house. 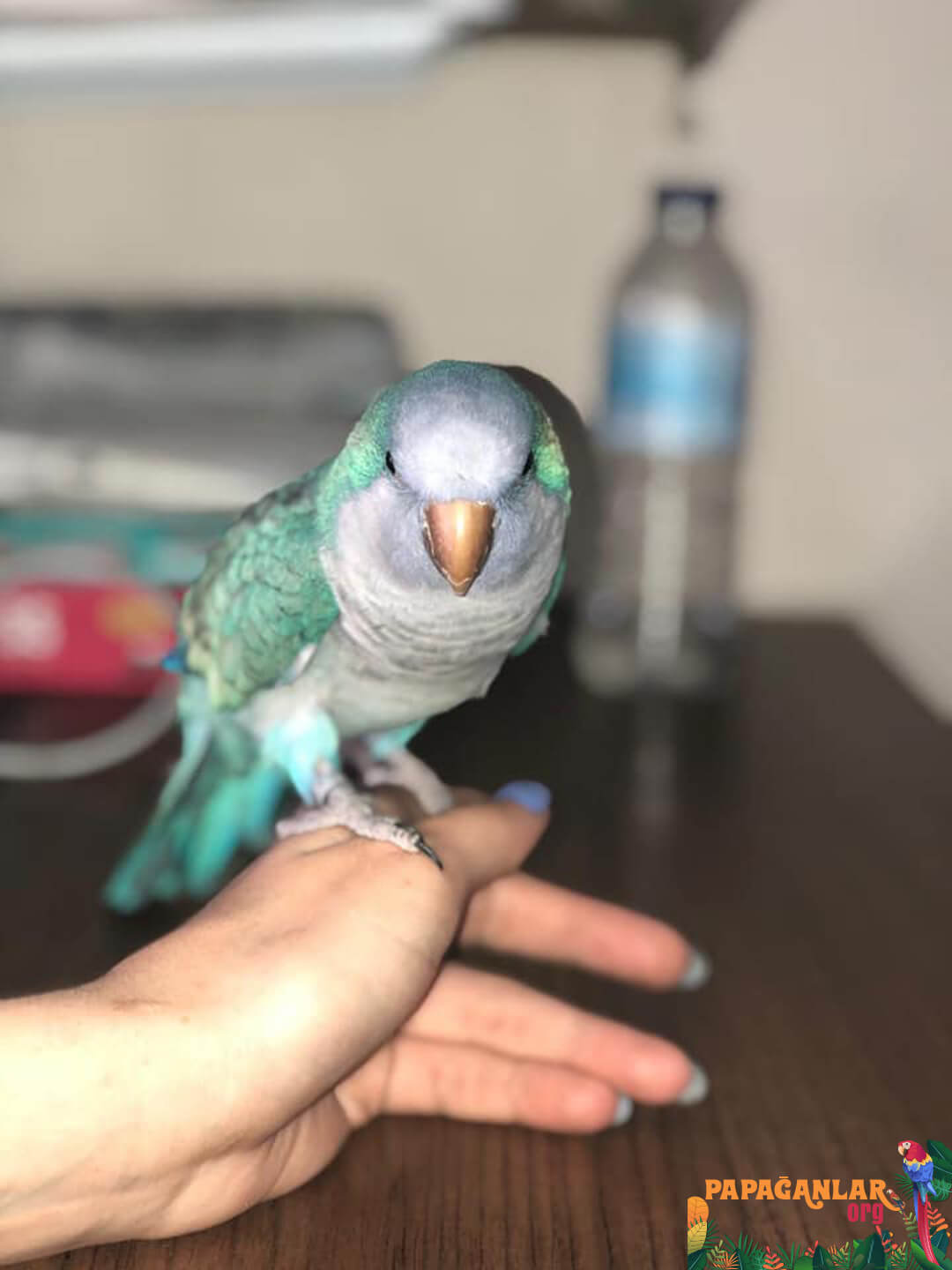 The thorny branches that make up the nest provide great protection against the dangers that may come from the environment. Thanks to these thorny branches, the eggs take shelter safely inside. With the great effect of having such nest systems, Monk Parakeets are among the species living in the fixed region. They are species that have the ability to easily find their way back, even if they go about 5 km away when they leave the nest.

Caring for Parrots as Pets

It is a very common species especially in Europe. Although they have a loud voice, they are fondly fed by parrot lovers. They are not suitable for domestic feeding. Because their instinct to gnaw at anything they find or see is overdeveloped. For this reason, they are recommended to be fed in garden-type keels. They are very playful and docile species. It can be easily fed and produced as it is not difficult to maintain. 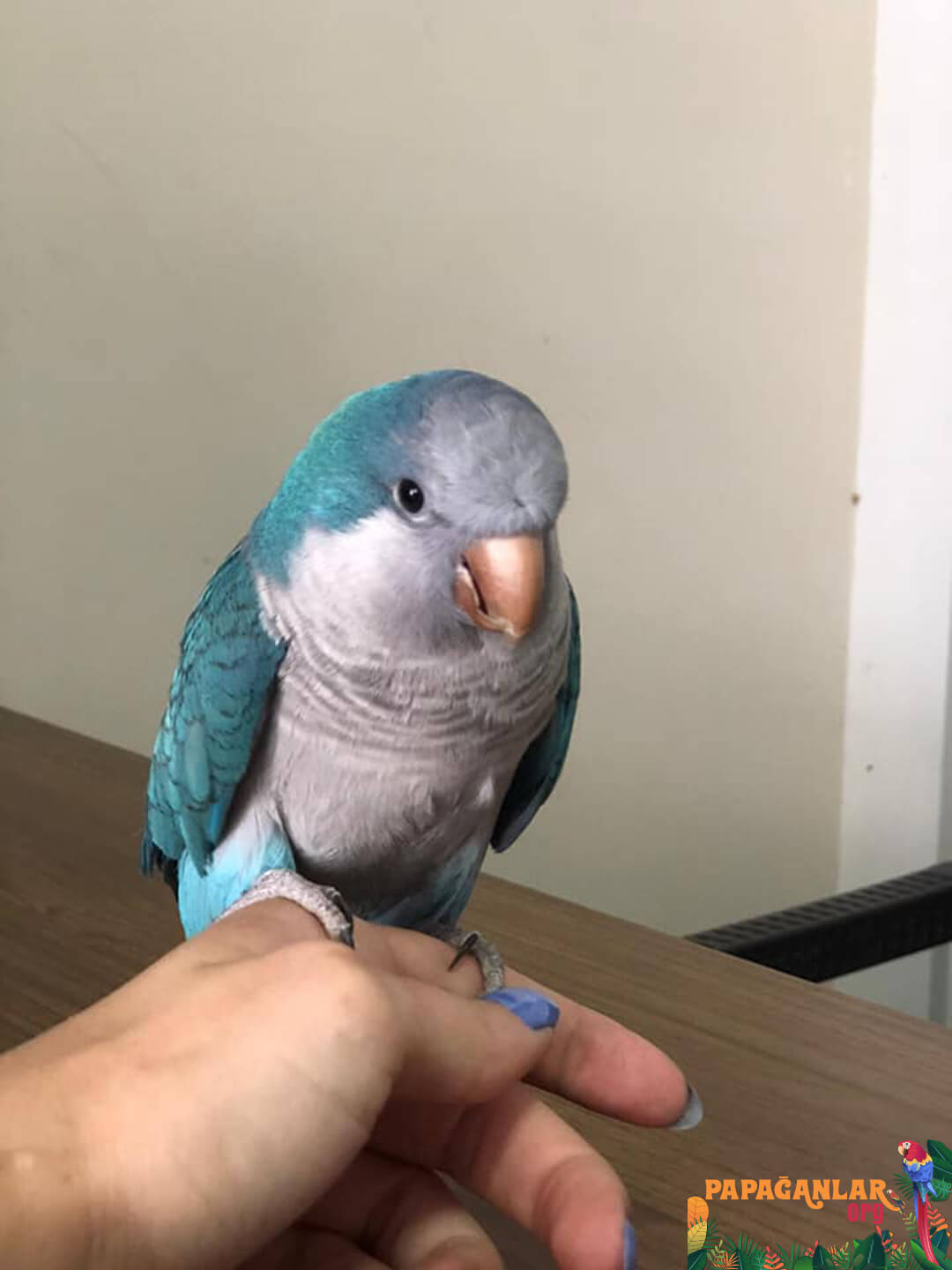 One thing to be especially careful about is that they are protected from wind and cold weather. It is meeting the needs of flying regularly every day. Because these are species that fly well and need it.

END_OF_DOCUMENT_TOKEN_TO_BE_REPLACED

Green Parrots Inhabited Istanbul! Green parrots, which were seen in only a few parks in previous years, are now seen in almost all par...

END_OF_DOCUMENT_TOKEN_TO_BE_REPLACED

Eclectus(Eklectus) Parrot Pet Care Before you decide to buy an Eclectus parrot, the first thing you should do is get advice from experi...