Parrots are wild creatures. By nature, they are timid, prone to insecurity and nervous. In the natural environment, it spends its life in large residential areas by flying in search of food. Its habitat is forested areas with many carnivorous animals. Usually, parrots become prey to predators that suddenly swoop down on them. Therefore, being careful every minute is the main rule of survival for parrots in the natural environment. They are not only caught by these predators, but also by humans and exposed to bad behavior. Although there is no information that parrots were hunted and eaten, this may be possible in certain parts of Africa. The heavy trauma she suffered during the capture process reinforces her timid nature.

Man is a dangerous predator for parrots rather than a friendly friend.

Parrots, accustomed to being alert in their home environment, which is completely different from their wild life, need a certain amount of time to adapt to the environment. At first, she is suspicious of her approach to people she knows as enemies. As in nature, she thinks that she will fall victim to a monster at any moment. Therefore, they exhibit inconsistent, timid behaviors. This is because of the survival instinct. It may take a long time for the timid behavior pattern to transform into a normal behavior pattern. 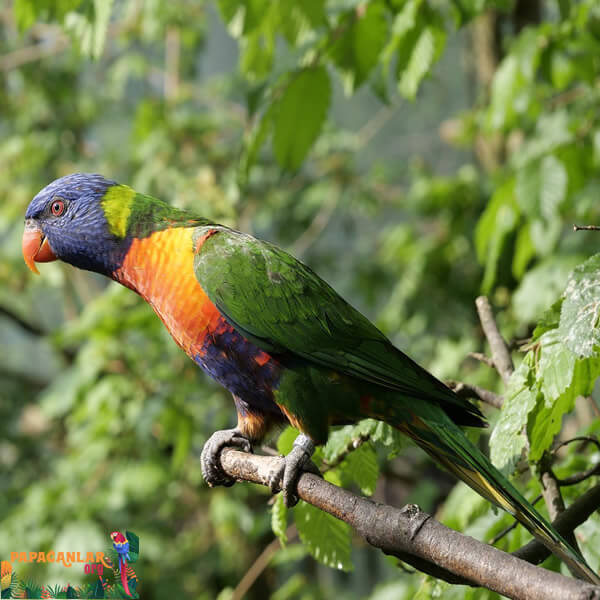 Parrots are extremely clumsy creatures, especially in the first 2 years of age. This problem leads to timidity, insecurity and various fears. If the parrot has to stand on the floor of the cage because of this incompetence or because of its wings and tails being cut off, it will instinctively feel insecure towards humans.

Her incompetence, along with timidity and insecurity, leads to traumatic problems as a result of falling. Injuries and bone fractures may occur. In order to prevent such accidents, a soft material such as a towel should be placed on the bottom of the cage. Unnecessary toys etc. in the cage. angular objects should be removed.

Fear and Snarling of Parrots

Caught and caged parrots feel like a cornered cat when they see the crowd of people they are not used to before. In this position, she instinctively goes on the defensive. To frighten the other person, she fluffs her feathers, stretches her neck forward and starts to growl.

Parrots are notorious for their phobic behavior. The dictionary meaning of phobia is “inexplicable, irrational and exaggerated fears of any object or situation”. The most important phobic object is the human hand. Because from the first moment she caught all the evil has come from the hand. “Take an order” training (which will be explained in the training section) has an important place in eliminating this phobia. 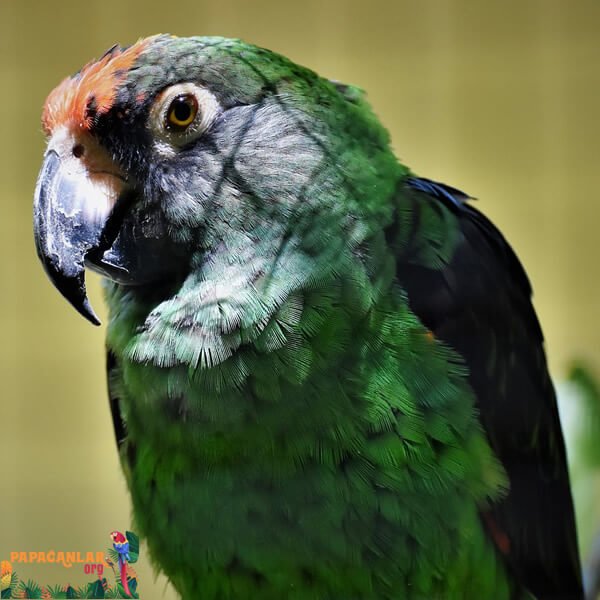 There are many reasons why parrots pull the trigger on phobic behavior. It usually occurs instinctively. This behavior disorder is most common in male parrot species aged 2-4 years.

Parrots living in a flock choose a hand for themselves in their adulthood and spend their lives with the same mate, although there is no definite rule. They do not encounter a special event by displaying an aggressive nature in their relations within the herd. Fights can occur between males only when the nest is protected from other herd members. In natural life, parrots make a synthesis by combining the experience they have gained in their social relationships with the knowledge they have learned from old parrots. In hand-raised individuals, on the other hand, there are some differences in social development as a result of lack of communication, and phobic behaviors are more common.

Parrots that are fed in the early period are more likely to encounter unsafe behaviors in the future. Insufficient early social development, not getting enough education from their adult parents, and insufficient communication within the herd are the most important reasons for this situation. As a result, the parrot’s ability to respond fully to the owner’s wishes in its new environment, by synthesizing what it learned from the wild and what was given to it during training, varies according to the age of the parrot.

Timid and Insecure Parrots by Types of Parrots

Since early socialization is seen in Amazonian parrots, phobic behaviors occur less frequently. In cockatoo parrots, like gray parrots, social relations begin later, so there is a high probability of problems in the future.

Another reason why phobic behaviors are common in gray parrots is that these creatures with high intelligence do not easily forget the bad events they have experienced. 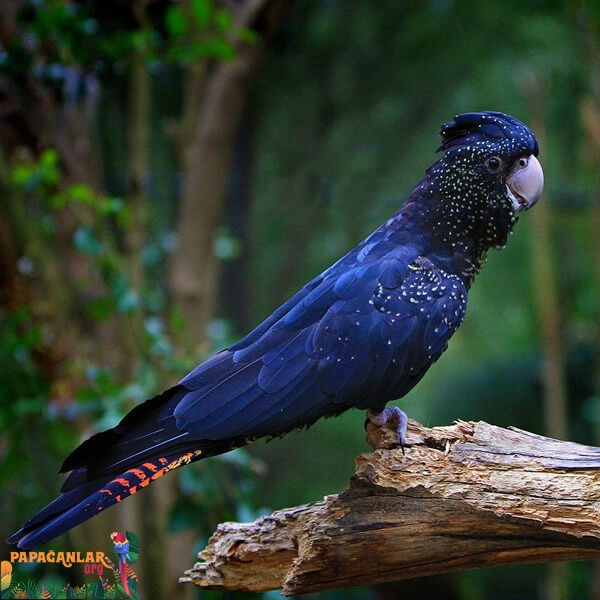 An important reason for the development of phobic behavior is long-term separations. In the wild, if the parrot is abandoned by other members of the flock, it means being prey to predators, that is, death. Therefore, for example, if you leave your parrot to someone else or to a pet store when you go on vacation, it may think that it has been abandoned and develop phobic behaviors with fear of death. Before long holidays, send your parrot to the place where you intend to leave it for one night. Thus, by getting used to her new place, she does not think that she has been abandoned in your absence.

Show that you have not forgotten your parrot by calling the place where your parrot is at certain intervals during the holiday. If possible, have them hear your voice over the phone.

Another reason for the development of phobic behavior is an attempt to hurt the parrot. If painful attempts such as fixing a fracture, taking a blood sample for testing or correcting an inverted feather follicle are made while the owner is watching, the parrot, who thinks that he has been harmed, will lose his confidence when he sees that the owner is silent about it. The parrot, who does not understand the cause of the pain, may think that it will be killed.

Making a major renovation in the house, natural disasters such as earthquakes, high-frequency sounds that appear suddenly, may be the mechanisms that trigger the onset of phobic behaviors. Sudden death due to heart attack has been reported, especially in parrots, due to high-frequency sounds such as thunder.

Since parrots are prey animals, they are uncomfortable with sudden and fast movements. Avoid sudden movements, especially overhead. Because the birds of prey suddenly attack from above and kill their victims, you can cause the parrot to be afraid. 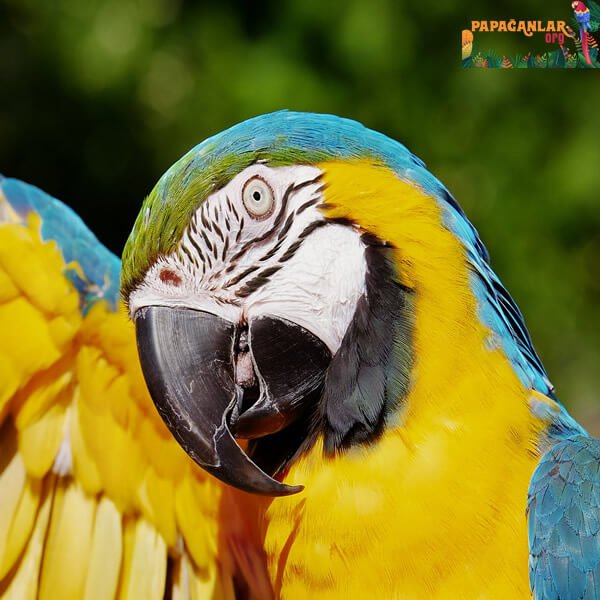 A routine life affects the parrot negatively. For example, if you come home at 6:30 pm every day, the parrot starts to get restless when you are late. Having such an expectation can lead to the emergence of behavioral problems. For this reason, you can eliminate this routine by playing back and forth for an hour during your homecoming hours. Insomnia is also a cause of daytime behavioral disorders. For this reason, a suitable environment should be provided for her to get 10-12 hours of sleep.

Preventing fears and bringing behavior to normal limits is a long-term process that requires patience, and continues without getting angry and showing violence in the face of negativities. You have to prove to your parrot that you are a good friend by always showing consistent behavior in a normal tone of voice. At the end of this process, your parrot will believe in your trust and goodwill, and will always be a loyal friend in a long-term relationship.