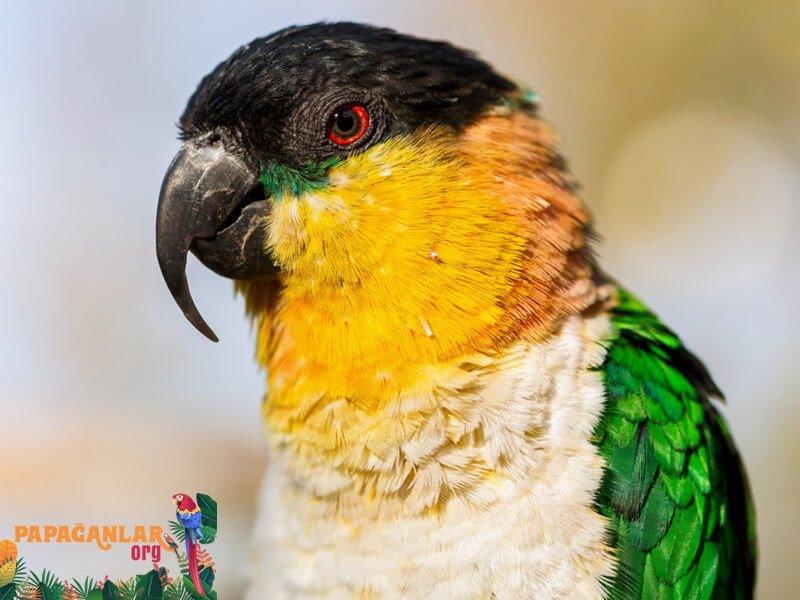 Its dimensions are approximately 23 cm.

Their main color is green. In this parrot species, the other colors, black, yellow, white, magenta, green and black, are separated from each other with clear lines. The distinction between male and female is very difficult to distinguish with the naked eye.

Their beaks are black and gray tones. Their eye color is a reddish tint and their feet are grey. There is a white frame (eye ring) around the eyes. The most distinctive feature that distinguishes young birds from adults is that the feathers on the abdomen are more yellowish than white.

There are subspecies attached to this species: These are 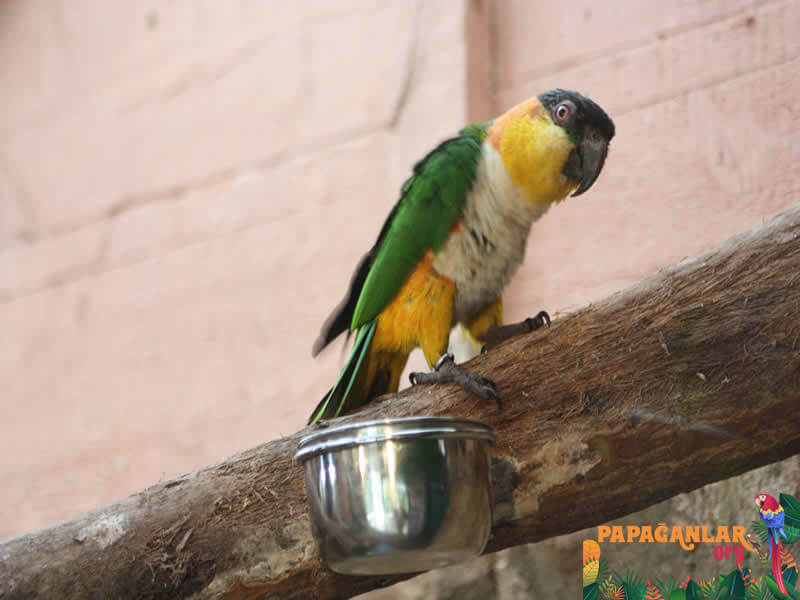 It’s called the South American region. They are distributed over southeastern Colombia towards Brazil or Guyana.

They live in small groups of about 30 pairs on high treetops outside of the incubation period in their natural habitat. They get all their needs from there. They feed on berries, fruits and seeds on treetops. In times of danger, they have a powerful voice. With this, they raise the alarm. They are very timid. At the slightest danger, they flee, shouting with loud and high-pitched voices. It builds its nests in high tree hollows. They are species that live in groups that are not very large. 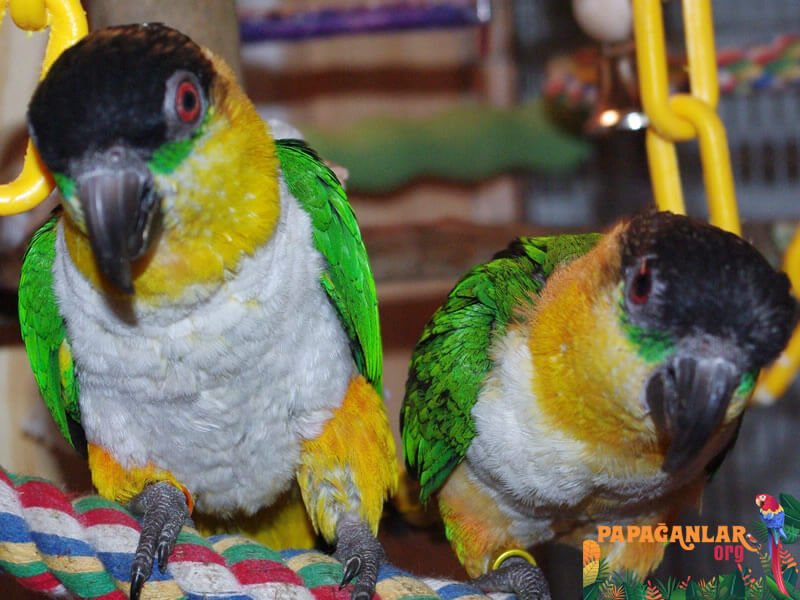 Even if these species are not good flyers, they still need ample space outside the cage. Because they are not calm birds during the day. They are very similar to Loris in terms of moving shapes. For this reason, it is best to care for keels of at least 2m x 1m in size, suitable for their type. As a species, they like to make jokes and make a mess. Therefore, there is always the possibility that they will bite your hand strongly, even if it is for a joke. 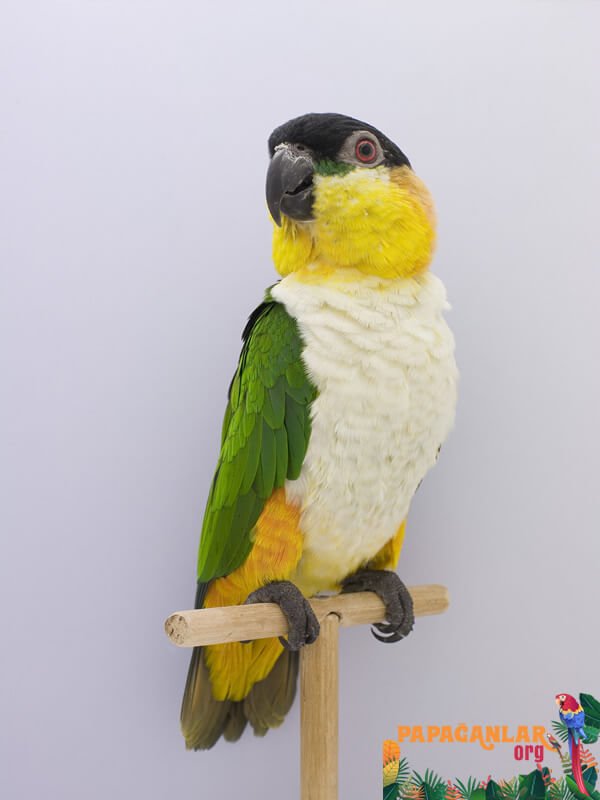 Don’t be surprised when you see this type of behavior. The worst aspects are excessive high-pitched sounds. But when you’re together, it can be very interesting to listen to the different tones in their conversations with each other. According to the general opinion, they are described as the most interesting and cute parrot species. Never put a single male or female next to a mate. Because in this case, the fights that arise will be such that they result in death. A striking feature of this species is the social hierarchy in between. It is very orderly, and each small group is always led by a male bird. The administration is there. 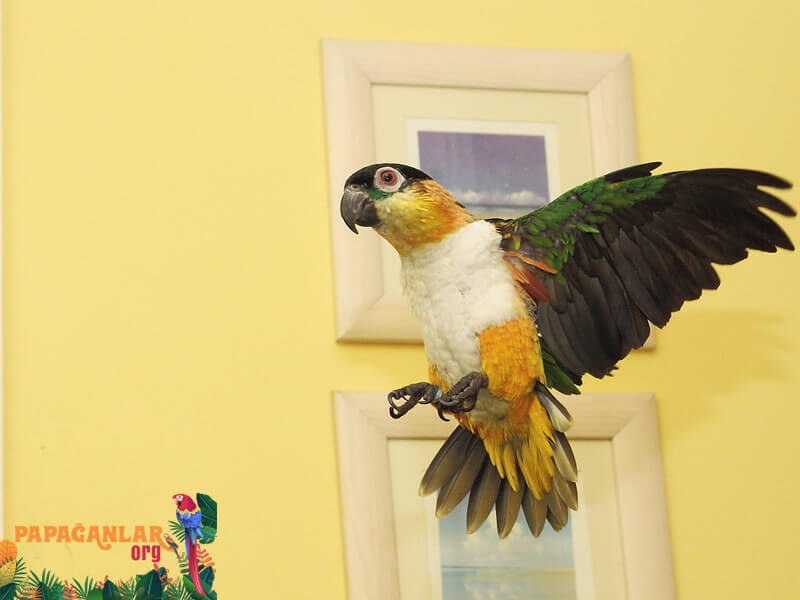 If you do, they will nest in natural tree stumps. But they also lay eggs in classic square-shaped nests. They equip the nest with tree shells. But breeding this species can sometimes take years because adult birds only reach this stage at the age of 3 years. There is very little information available on general production as much as from room manufacturers. They lay a maximum of 2-4 eggs in the nest. Here’s everything you need to know about Patagonian parrots. They incubate between January and February, also known as the mating period. They look after their babies.

They need a varied and changing diet. 60% of their feed consists of fruits that are in various seasons. If possible, it should be cut into small pieces and presented as a fruit cocktail. They will take the fruit given as a piece and throw it away after 2-3 bites. This is why they cannot be fed properly. Hanging carrots and corn whole in the cage is the best method for them to eat. beak etc. Since they will not take things into consideration at all, it would be best to mix this type of food into their feed once a week. It is the seeds given to other parrots at a rate of 40% in feeding. Since it is a rodent species, it is necessary to give it together with the leaves while offering the tree branches. They smash them pretty well. Last, they gnaw off the rest of the bare branches. 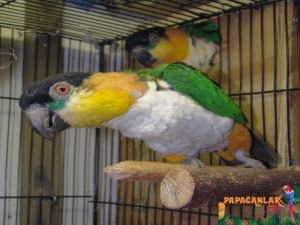 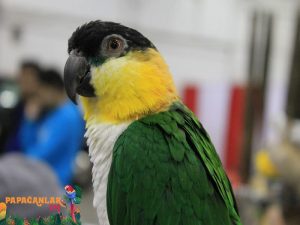 Parrots, which stand out with their ability to imitate and speak, are the animal species that most want to be fed at home. Parrots that...

END_OF_DOCUMENT_TOKEN_TO_BE_REPLACED

The Caique parrot is a very cute parrot species. It is similar to lori types with its movements and appearance in general. That's why C...

END_OF_DOCUMENT_TOKEN_TO_BE_REPLACED

Caique parrots are known to have different colors. However, the parrot is mostly green-black in color. The female species in these parr...