There is such a parrotamong parrots that its stance quality stands as an indicator among parrots with its imposing stance. This parrot is known as the blue-fronted amazon parrot. The general color of this parrot is green, and it has a blue streak on the forehead on the green color and gets its name from here. Parrots are among the most devoted animals in the world to humans, at home, in the field, wherever you want to feed, they make every effort to adapt. Parrots, which are among the best parrotsfor you, are a species of parrot known for their fondness for education and people, in need of our attention and care, but at the same time, they are a gibbon for us. This blue-browed amazon is also one of the best of her contemporaries at speaking, but has a strange ability to imitate. One of the features of these parrots is that they are happy when they live as a couple. These parrots, who are not happy with loneliness, always want their mate with them, and then they become a more fun and cute parrot for you. Blue-fronted parrots are among the large ones among the cockatoos and those that turn their size into majesty. Let’s try to introduce this well to you better and inform you more about it so that you can provide better care.

The features of the blue-browed amazon parrot, as we mentioned above, are the most important ability of this parrot to imitate and even to be the best in this business in the bird world. This is a distinctive perspective on the parrot’s color. In this perspective, the green colors and the blue flow on her crown-like forehead that suits her adds both feature and beauty. If you ask what is another feature of this parrot, which is a large parrot compared to its general friends in terms of structure, we can easily say that they are crazy about nuts with a hard jaw and a solid shell. In addition, these parrots have problems such as puberty problems and getting depressed quickly. These parrots are parrots that should be taken care of during adolescence and mating periods, although not always. 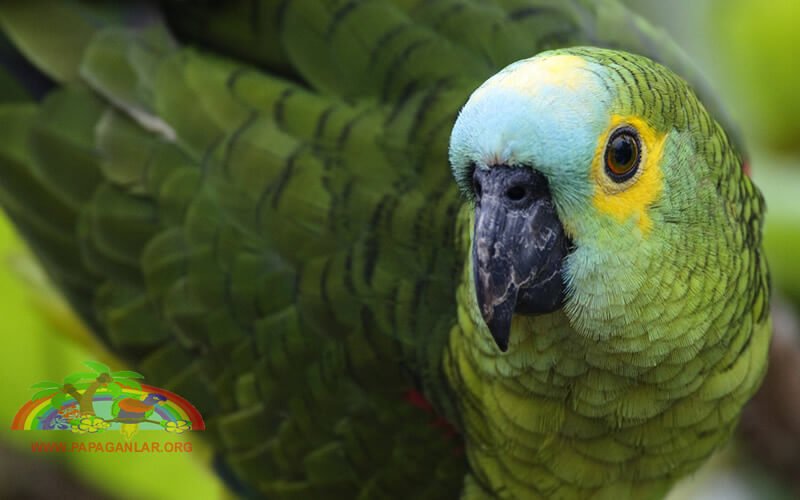 Blue-browed amazon traits have been very good as long as these birds are also happy with gibberish. they will do whatever you want and they can clearly extract words that you will be happy with if they are skilled in speaking and advanced in the task to other animals. We want you to know about parrots that these animals live long and they are happy to be left alone throughout their lives, so don’t let them change hands and make them sad. 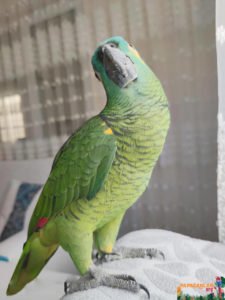 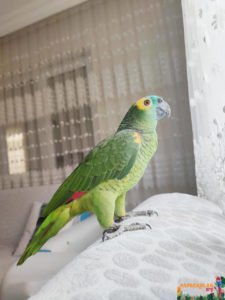 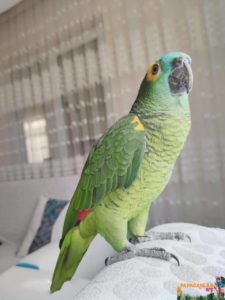 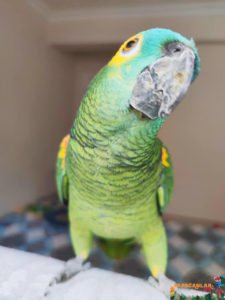 Feeding and Cage Characteristics of the Blue-Faced Amazon Parrot

Since the blue-fronted amazon parrot is a normal and large animal in terms of cage size, oval and upward large cages are preferred. Since these animals like to be swayed like other parrot birds, they are happy when they are released in the cage you have set up. In terms of feeding habits, these birds can be fed very easily with the parrot food we buy. In addition, crusty and hard foods that you will add will be a rare possibility for them. No matter how many different things you eat, your vitamin intake and development will be very fast in the next period. As long as you pay attention to the information we have given for you, you can be very happy with the animal you will feed and you can maintain this friendship until the end. 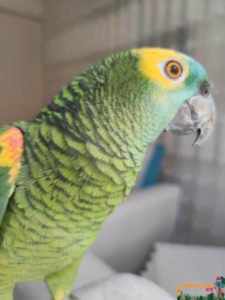 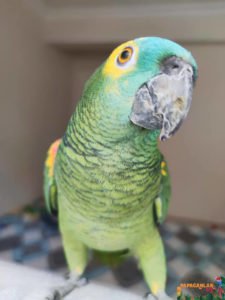 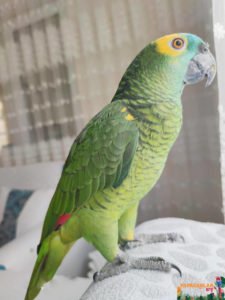 The blue-browed amazon is in the class of the most developed parrots with speaking ability. First of all, blue frontend amazon parrots, which are prone to imitation and speaking skills, are among the most popular questions lately. 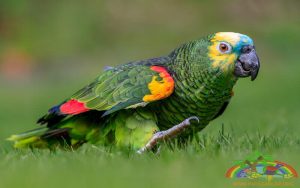 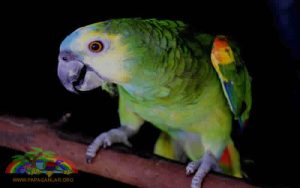 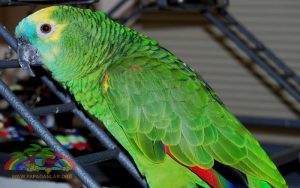 The blue-fronted amazon parrot, also known as the blue-frontend amazon parrot, costs roughly between $2.000 and $10.000. These prices vary according to region, gender, age, speech and education. When you see a blue-faced amazon parrot for sale or in a pet shop, you should pay attention to their behavior. There are those who sell them in a certain price range, especially under the name of adopting, by deceiving people as pets that are caught from wildlife and brought into our country. The price of the blue-browed amazon is slightly higher than other longline parrots, because of its size, its visual appearance and its ability to imitate. In their social media accounts, the prices of blue-headed parrots vary between $2.000 – $10.000 on average. The motto of buy and own is not very valid in the parrot world. This is more prominent in long-line parrots such as budgerigars, cockatiels, lovebirds, but it is essential to pay a certain amount of money when owning large birds. In other words, if we talk about the average blue frontend amazon prices, the average price and market is like this in our general geography. 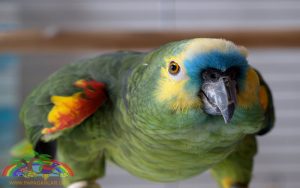 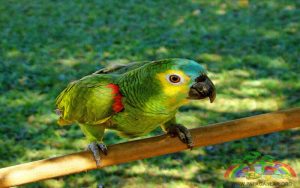 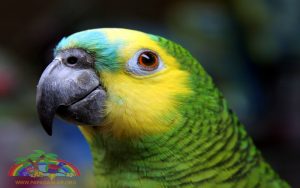 END_OF_DOCUMENT_TOKEN_TO_BE_REPLACED

People who do not like solitude are attracted to bird species to have sound in their homes. Particularly, parrots with developed speech...

END_OF_DOCUMENT_TOKEN_TO_BE_REPLACED

Amazon parrots, like other parrots, are a very colorful, lively and intelligent parrot species. You can teach many words to the amazon ...

END_OF_DOCUMENT_TOKEN_TO_BE_REPLACED

We all have a sweet curiosity about birds, either innate or acquired. Once this curiosity has touched our tongue, its taste will never ...

END_OF_DOCUMENT_TOKEN_TO_BE_REPLACED

Amazon parrots make up one of the largest parrot groups in the Americas, with approximately 30 to 32 species. Their general habitat ran...

END_OF_DOCUMENT_TOKEN_TO_BE_REPLACED

Yellow-Faced Amazon Parrot (Amazona Ochrocephala) Even though it takes a bit of a laborious job to keep birds at home, the carcasses w...

END_OF_DOCUMENT_TOKEN_TO_BE_REPLACED

Orange-Winged Amazon Parrot (Amazona Amazonica) Birds are among the best friends in our lives. There are many varieties among these bi...

END_OF_DOCUMENT_TOKEN_TO_BE_REPLACED

Yellow-Necked Amazon Parrot (Amazona Auropalliata) We take animals into homes so that those who live alone at home or have a friend at...

END_OF_DOCUMENT_TOKEN_TO_BE_REPLACED

Yellow-Headed Amazon Parrot (Amazona Oratrix) Yellow-headed amazon parrot is a confidant that will be more than a friend for you. We h...

END_OF_DOCUMENT_TOKEN_TO_BE_REPLACED

Mealy Amazon Parrot(Amazona Farinosa) It is true that people have a love for birds, but because this love is ignorant, it prevents us ...