Although the digestive system of parrots is similar to the digestive system of other birds in general, there are some differences. Their beak structures have a strong structure to open hard fruit shells and seeds. The second part of the system is the esophagus. Seeds and fruits, whose shells are separated by the beak, are transmitted to the section called crop through the esophagus. This is not an important part in the digestion of food, but the transition part that provides more storage.

Foods waiting in the crop for a while are transmitted to the fore stomach thanks to the muscle structure that forms its wall. Here, the food is softened by reacting with various enzymes in the acid environment and the process of disintegration is initiated. The foods passing through here pass to the stomach section where the grinding and digestion process is mainly done. The stomach wall is surrounded by a thick muscle layer in order to facilitate the grinding process in parrots, where the main nutrients are hard seeds. Thus, even the hardest foods are easily ground and ready for digestion. On the other hand, the stomach walls of lorikeet birds, whose main food is fruit nectar, are covered with a thin muscle layer. 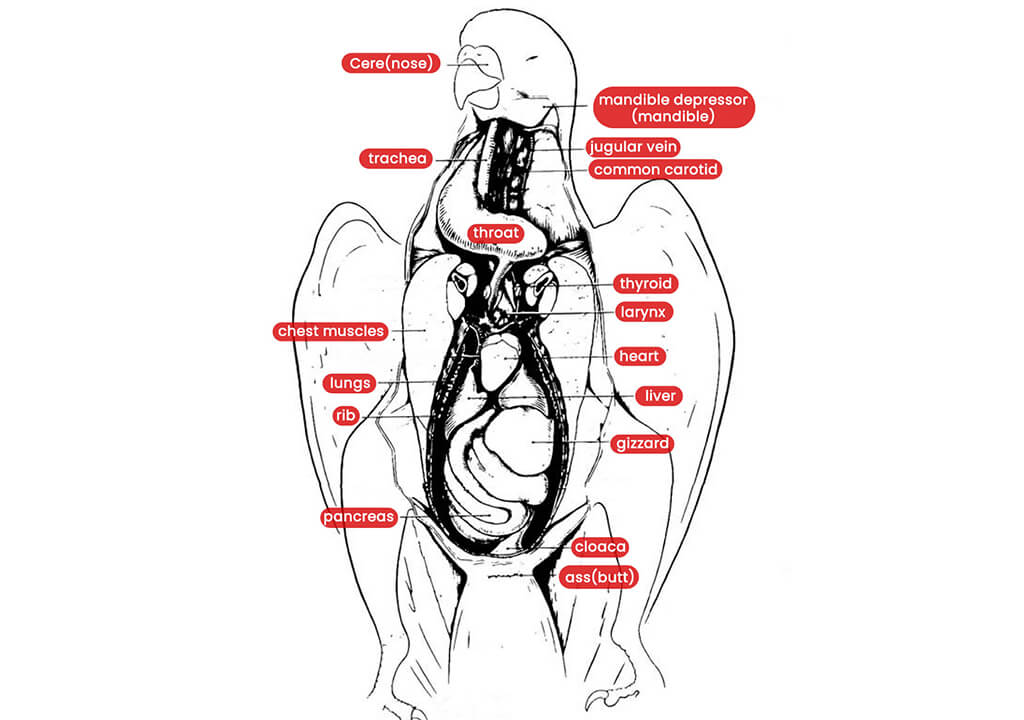 Birds do not have teeth. Seed etc. taken with the beak. For grinding hard foods, the stomach must have sandstone temporarily. These foods, which are between the hard surfaces of the stones and the contractions of the thick wall of the stomach, are crushed and their surface areas expand. Thus, the digestion process that starts in the fore stomach continues in the stomach.

While other organs involved in digestion are the same as in mammals, they are less developed. Bileand pancreatic ducts open into the duodenum. This section, located in the lower part of the stomach, is the initial part of the intestine where bile mixes with other enzymes important in digestion and penetrates the food. The intestines are an important part of the digestive system that plays a role in the absorption of nutrients and their mixing with the blood.

The rectum is the last part of the digestive system. The food is digested and the leftover parts are excreted in the form of faeces and the digestion process ends. In the lower part of the rectum, there is a section called the cloaca, where all three of the digestive, reproductive and urinary systems open. Birds without bladders urinate directly into the cloaca. Here, the necessary part of the water is absorbed and the uric acid in the urine is excreted in the same way as the feces. Sexual intercourse is also carried out with the cloaca part. 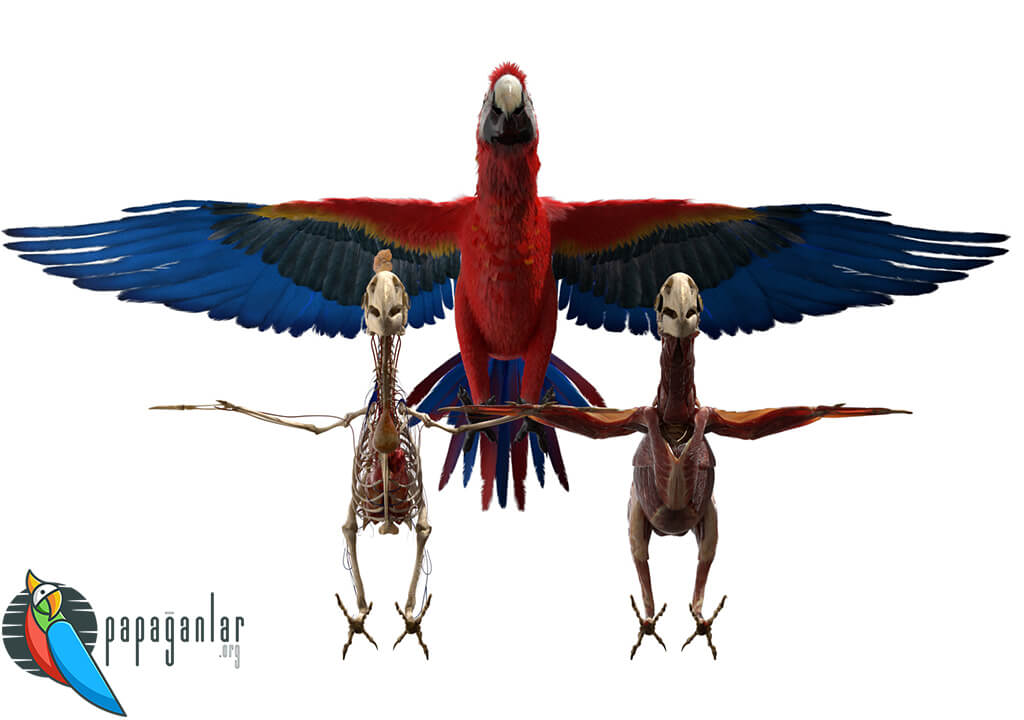 The Importance of Nutrition in Parrots

The health of a living thing, the nutrients it receives and the content of its sinuses contain the substances necessary for its survival, the living thing will be healthy at the same rate and lead a quality life. This also applies to parrots. Even if all the conditions necessary for its health are met, if the content of the nutrients it receives is not paid attention to, it is unthinkable for that parrot to lead a healthy life.

Sunflower seeds and other seeds are considered to be the main food of cockatoos, amazon and gray parrots. For this reason, parrot owners feed their parrots with this uniform food for many years. Over time, some health problems arise due to this diet. The life span of this parrot-fed parrot is limited to 15-20 years. If, in addition to this, a suitable diet consisting of fruits and vegetables is given and the missing substances are supplemented externally, the life expectancy can be up to 60-80 years. 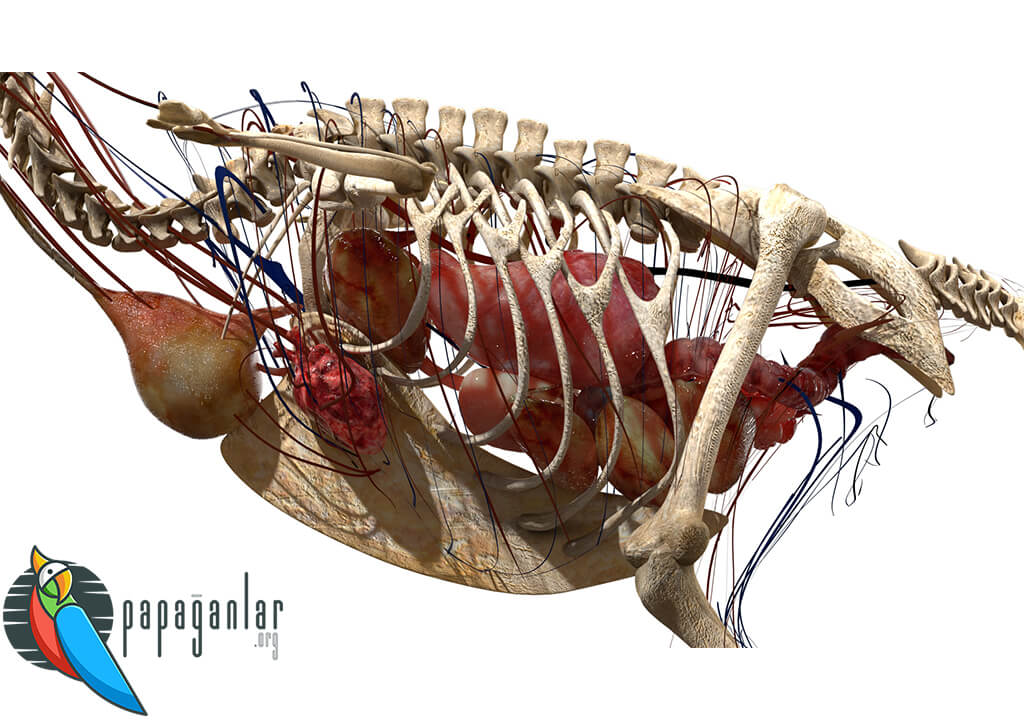 The most important external indicator of the unhealthy diet of the parrot is the skin and feather structure. The feathers of the parrot, which cannot get enough of the necessary nutrients, are pale. It does not show integrity, there are occasional disappointments. While the chest feathers are the same type and shiny in well-fed parrots, size and color changes are observed in these feathers in malnutrition.

Especially in large feathers such as wings and tails, developmental disorders occur due to insufficient intake of various elements with nutrients during the growth period of these feathers. In this period, while nutrient transfer is ensured by blood flow, when the growth process of the feather is over, the interaction related to nutrition has come to an end for that feather. It does not show vitality until the hair falls out and a new one grows in its place. For this reason, by looking at the wing and tail feathers, the nutritional information of the last 12 years for that parrot can be evaluated. In addition to the content of the foods, hygiene, freshness, no contact with chemicals, no mold and storage conditions are other issues to be considered.

Changes due to insufficient intake of vitamins, minerals and other elements will be mentioned later. 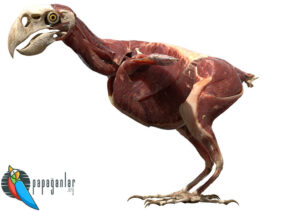 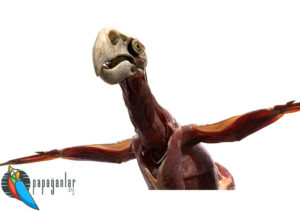 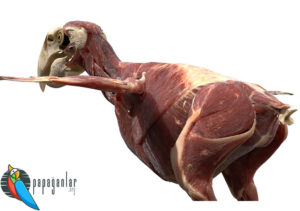 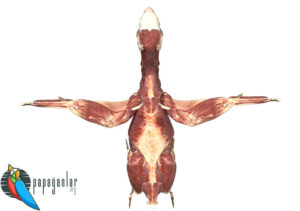 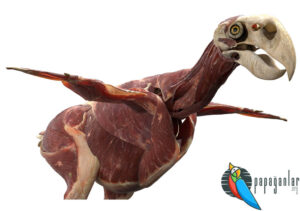 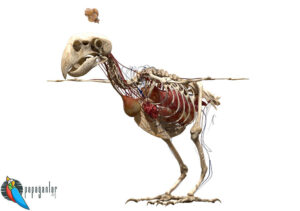 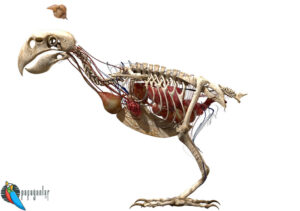 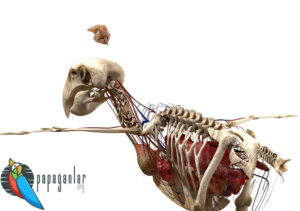 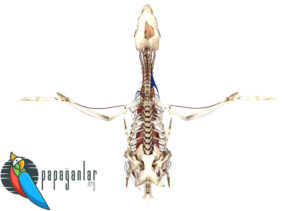 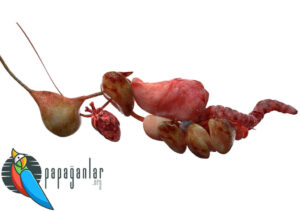 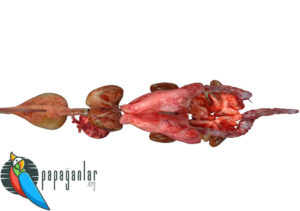 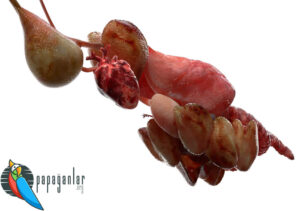 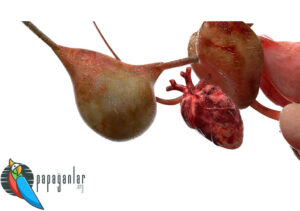