There are distinct differences between the respiratory system of birds and mammals. In addition to the lungs, birds have 3 air sacs in some hollow bones. The respiratory system is a networked system formed by the lungs, bronchi and their connection to the air sacs. In birds, as in mammals, there is no diaphragm muscle, so respiration is provided by the ribs. The air that goes to the posterior sac when inhaling passes to the lungs when exhaled. From here, it comes to the anterior air sacs and is expelled. Amazon parrots and gray parrots have a resting respiratory rate of 15-40, and a heart rate of 120-155.

Gas exchange in the lungs takes place in the thin veins of the red blood cells. Red blood cells take oxygen and give carbon dioxide to the blood. This carbon dioxide is exhaled during exhalation. Birds, unlike mammals, give out all the inhaled air. In mammals, some air remains in the lungs. This situation in birds provides the advantage of high efficiency in the uptake of oxygen from the blood. Thus, it is possible to constantly saturate the blood with oxygen. 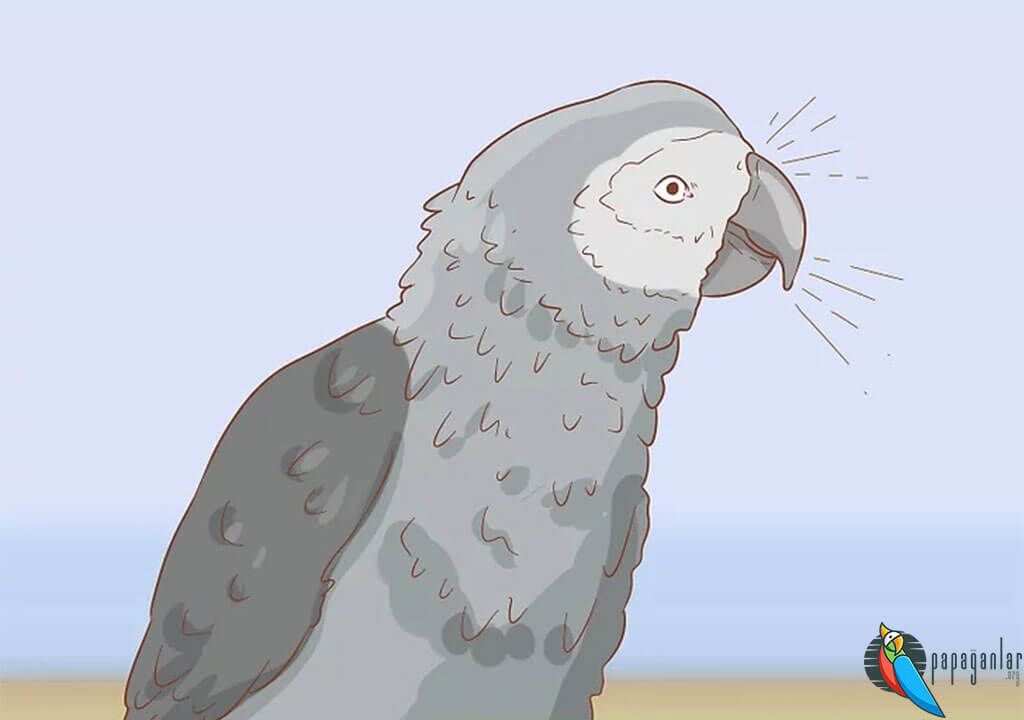 When seen in Amazon parrots, cockatoos, and gray parrots, allergies, excessive weight gain and infectious diseases in all kinds of parrots should be considered. Among the infections, Aspergillus causes respiratory difficulties the most. In addition to the examination by the veterinarian, the information to be obtained from the bird owner is also important in the diagnosis. It should be kept in mind that food may have escaped into the trachea in case of sudden onset respiratory distress. In addition, nasal congestion can also cause the same picture. Compression of a tumoral structure on the trachea or asthma may cause breathing difficulties. In some cases, unlike others, a sudden onset is not observed.

The parrot is taken to a quiet room, away from stress, with adjusted temperature and oxygen status. If necessary, supplemental oxygen with a mask increases the chance of survival. If there is difficulty in breathing due to compression due to a foreign body or a tumoral formation, surgical intervention is required. If an infection is suspected, appropriate laboratory and x-ray examinations are performed and appropriate treatment is started. If the cause is spasm due to allergies, the ambient air is investigated and the agent is tried to be removed. In this case, there is absolutely no smoking in the room. More attention is paid to general hygiene conditions. 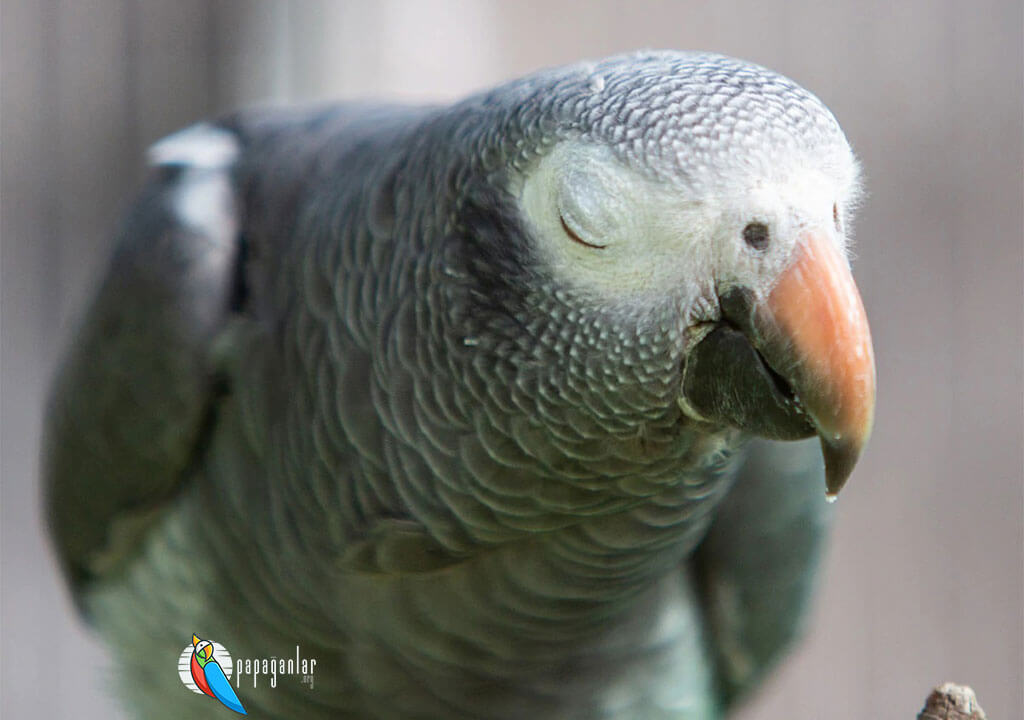 Cough is rare in parrots. If a parrot is coughing, it should first come to mind that it is imitating a human. If cough is accompanied by general condition disorder, then it is accepted as a clinical symptom. It is most common in large parrots with foreign bodies, viral infections of the respiratory system. Allergic reactions should also be considered.

Diagnosis is made by biochemical tests and x-ray. First, supportive treatment is given. Emergency antibiotics are given in case a bacterial infection is added to it. External factors such as foreign body, tumor, if any, are removed. Considering the possible allergic basis, a suitable environment is provided. Smoking is prohibited nearby.

While the most common cause is goiter in budgerigars, respiratory sounds changes are observed in larger parrots due to lung infection. The most common cause of infection is viruses. Goiter develops due to iodine deficiency. It occurs only in seed-feeding individuals. If a foreign body enters the respiratory system, respiratory sounds are suddenly distorted. The causative agent should be removed and supportive treatment should be started. If the body resistance due to virus infection decreases, lung infection may develop due to the addition of bacteria to it. Therefore, antibiotics should also be given in the treatment. 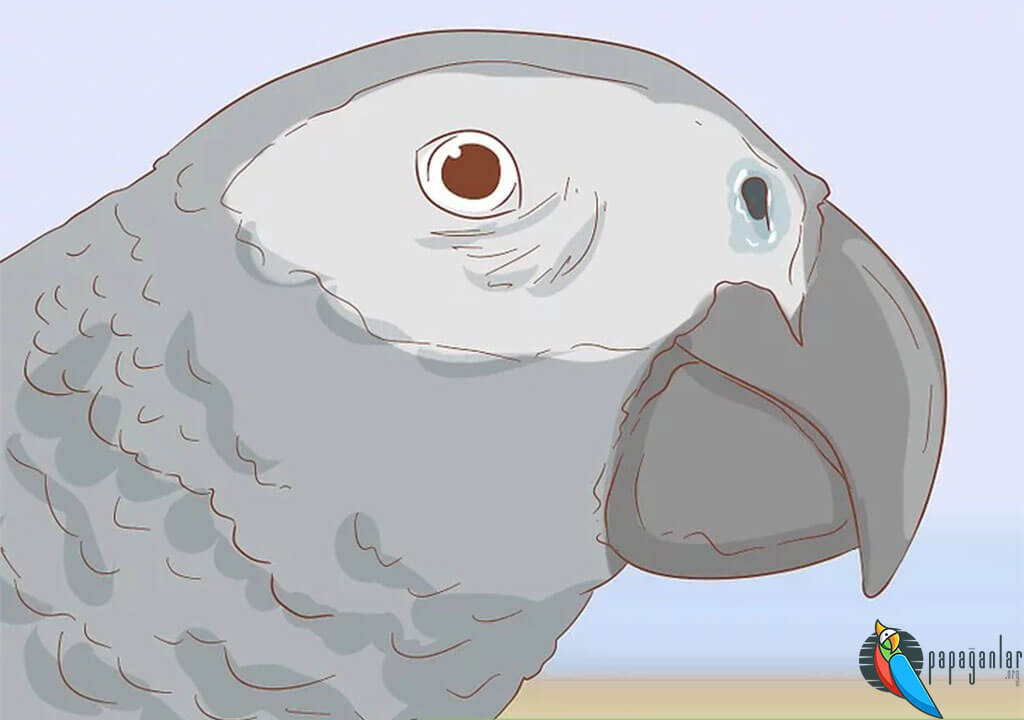 Runny Nose and Sneezing in Parrots

If the two are together, bacterial or viral infection should come to mind. The discharge characteristics of both infections are different. In unilateral nasal discharge, foreign body or tumor is considered. Allergy-related runny nose and sneezing can also be seen. Diagnosis is made by laboratory and x-ray. Antibiotics should be started according to the culture results. Supportive treatment is given. If there is congestion in the nostrils due to discharge, the bird is relieved by opening it with chamomile tea or physiological saline. If the blockage is not cleared, it is carefully cleaned with a cotton swab. If necessary, soften the plug with a drop of glycerin. If still unsuccessful, consult a veterinarian. Wire, nails, etc. It should not be interfered with with a hard object. Because parrots have valves in their nostrils, they are damaged if tampered with. If the congestion is due to allergies, necessary precautions are taken.