A blood sugar level of less than 150 mg/dl. It shows clinical symptoms such as weakness, fatigue, loss of appetite, distraction, drinking a lot of water, and increased urine volume. Coma is present below 100 mg/dl. In the treatment, blood sugar level is adjusted by intravenous administration of sugary serum. 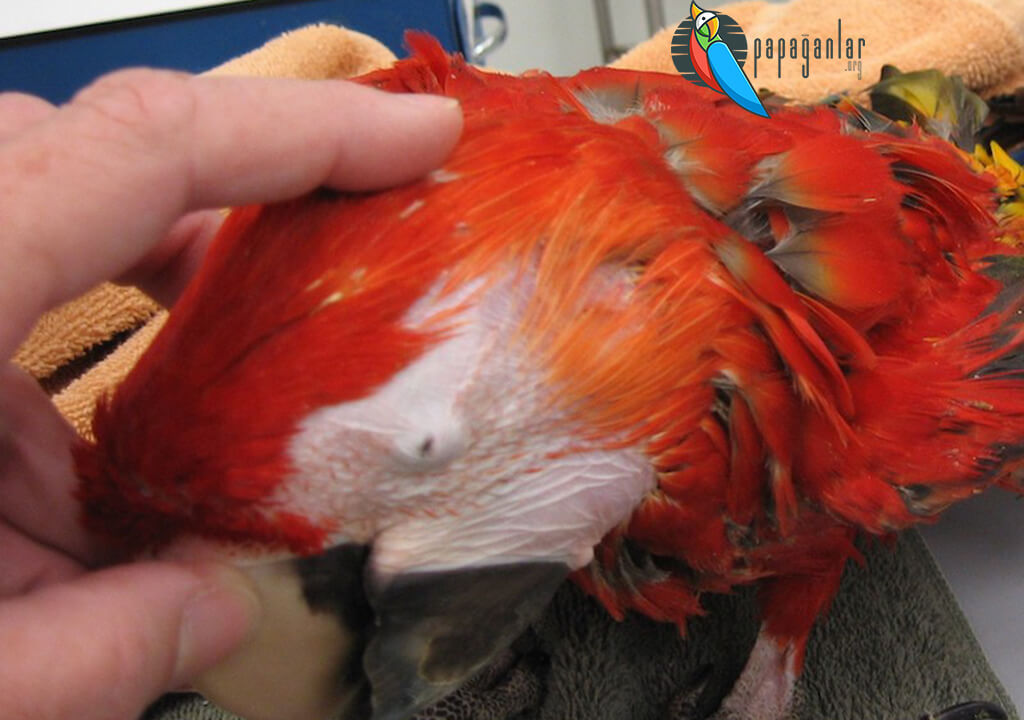 A blood calcium level below 6 mg/dl. It is especially seen in gray parrots aged 2-6 years. Sunflower seeds, sesame, etc. It occurs as a result of uniform feeding with oilseeds. It is accompanied by weakness and convulsions. If the missing calcium is replaced, the clinic improves. Calcium-rich foods should be given regularly as a preservative. 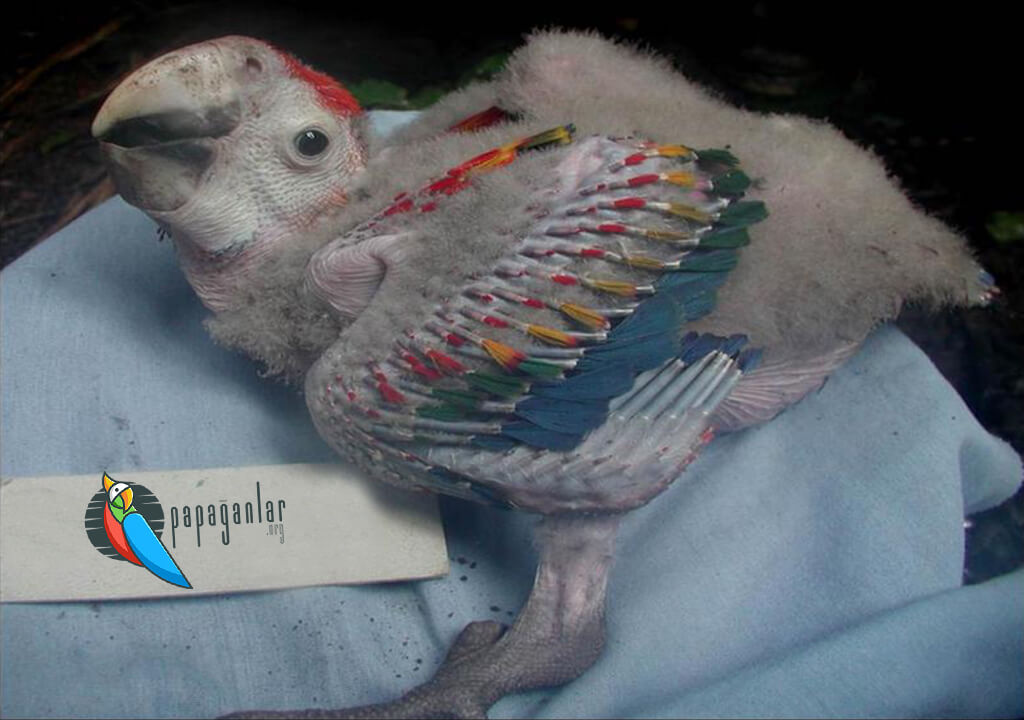 Iron Accumulation in the Body in Parrots

It is more common in lovebirds. It accumulates mainly in the liver. Giving too much of an iron-rich diet is the main reason. These foods are; liver, red meat, grapes, egg yolk, dark green vegetables and seeds. Yogurt, egg white, boiled potatoes, corn, white bread and fruits such as apples, bananas, pears, plums, figs and watermelons are foods with low iron levels. Citrus fruits such as strawberries, tomatoes, kiwis and oranges and tangerines are rich in vitamin C.

In case of excessive consumption of foods rich in vitamin C, iron absorption from the intestines increases and accumulates in the tissues. Symptoms such as weakness, fatigue, cough, shortness of breath, fluid accumulation in the abdomen are seen. In addition to blood tests, x-ray and liver biopsy are used in diagnosis. If the amount of fluid accumulated in the abdomen is excessive, it should be taken with an injector. Care should be taken to ensure that the diet content is poor in iron and vitamin C. Low-iron formula foods can also be used. The course of the disease is usually poor. 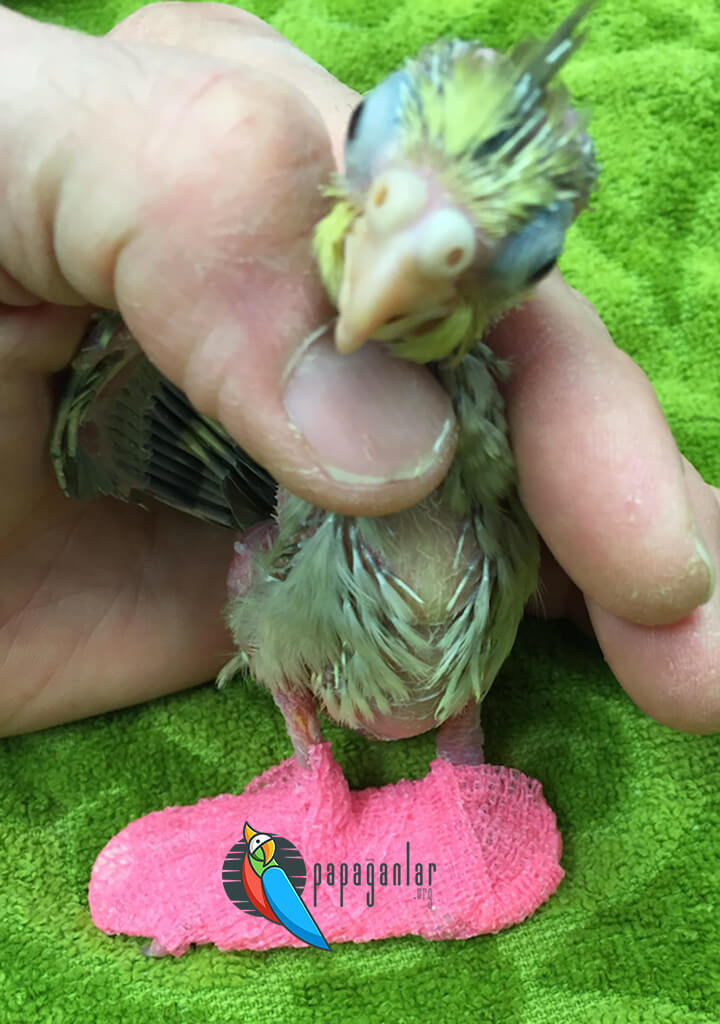 Fat Accumulation in the Liver of Parrots

It is common in Amazon parrots, cockatiels, cockatoosand budgies. Excessive oily foods, uniform eating habits with seeds, intoxication of substances such as phosphorus, lead, arsenic, and hereditary factors cause fat accumulation in the liver. Weight loss and excess weight gain, lethargy, diarrhoea, hair loss, weak hair growth, shortness of breath, and enlarged abdomen. Clinical manifestations of liver dysfunction occur. Blood tests are helpful in diagnosis. X-ray and ultrasound show that the liver is larger than normal. A diet low in fat is given. The ratio of fruits and vegetables in the diet is increased. 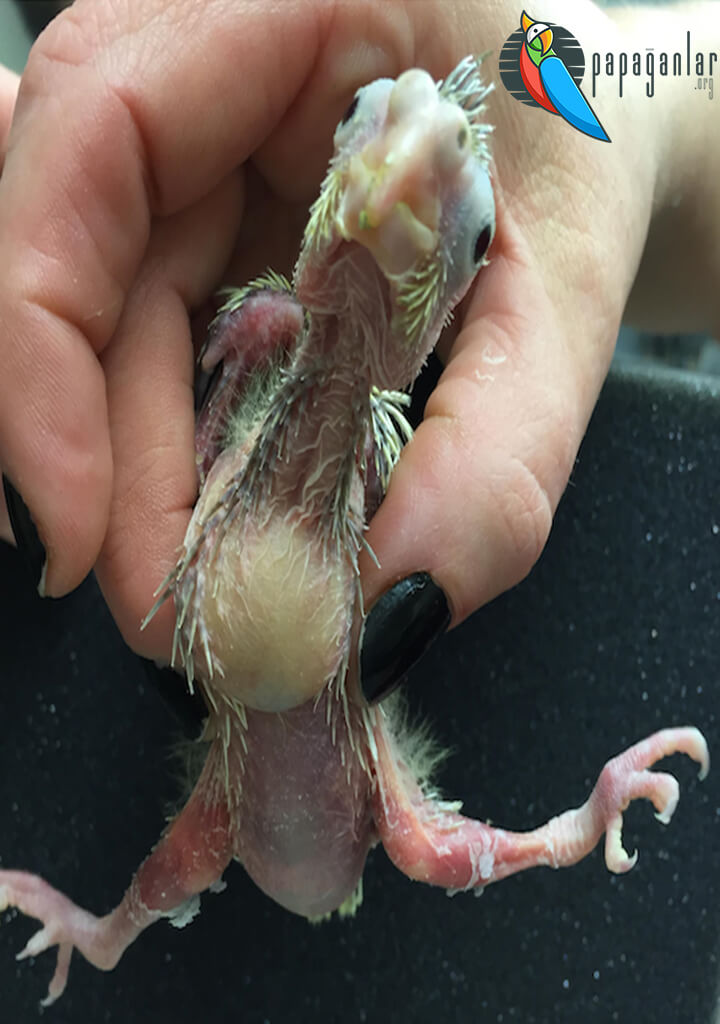 It can be seen in all kinds of parrots, especially budgerigars. It is a disease that occurs with the accumulation of urate crystals in the joint, on the outer surface of the organs, in the connective tissue of the liver and kidney, and in the intrarenal urinary channels. It is seen in direct proportion to the high amount of protein in the diet. The amount of urate in the blood increases, exceeds the renal excretion capacity and accumulation occurs. In addition to a high protein diet, excessive eating habits, inactivity, drinking less water, decreased blood circulation for various reasons, malnutrition, vitamin A deficiency, vitamin D excess, kidney infections and tumors, other infectious diseases, and gout pave the way for gout. The sick bird is extremely restless. Depending on the accumulation in the foot and leg joints, it constantly changes feet in the perch. 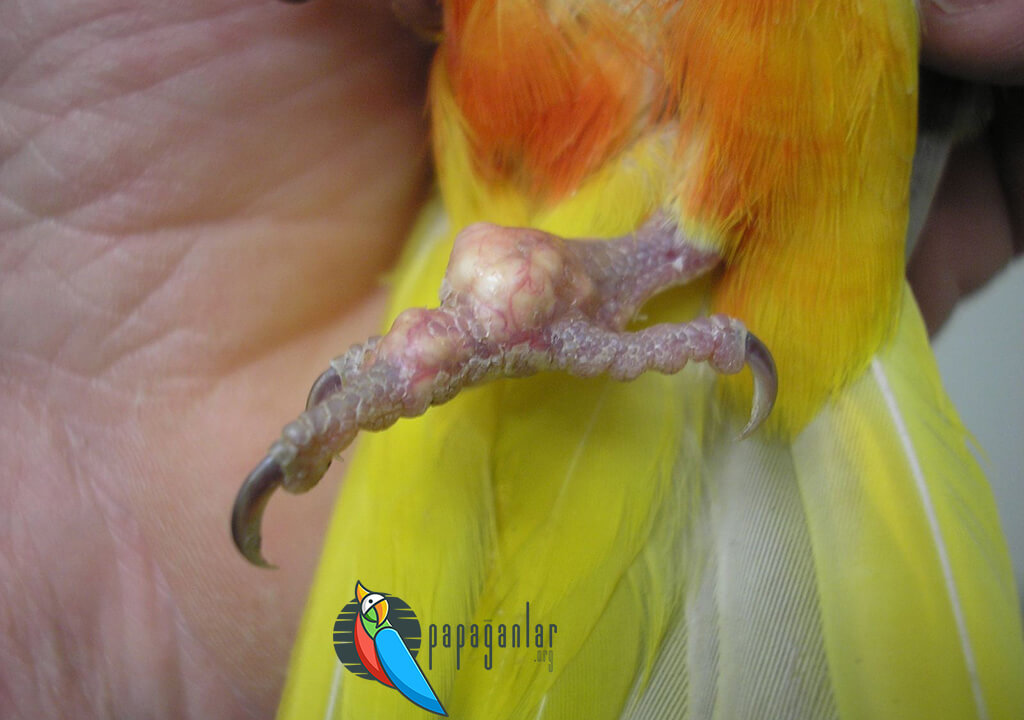 Weakness occurs due to loss of appetite. In the advanced period, sitting on the cage floor and gait disturbances are observed due to lameness and difficulty in perching. As a result of the wing joints being affected, a low wing is seen. Urate crystals are palpable as hard protrusions in the joints. These crystals are also detected in the microscopic examination of the fluid taken from the swollen joints. The liver, kidney, heart and air sacs are most affected from the organs. Supportive treatment should be at the forefront. Aspirin is used to eliminate swelling and inflammation. Tincture diode can be applied externally to the swelling. Foods low in protein are given. Plenty of water is provided.