Using names for pets is very important for the education of animals. The animal trying to hear its name is more compatible with its owner. It is very useful to use a name during the training phase when the owner is feeding the pets and mental training is given to the pets along with toilet training.

The animal that hears its name constantly recognizes its name after a certain period of time and develops a reaction every time it is said. Cats are one of the most popular pets at home. Apart from this, dogs, budgies, hamsters, fish, turtles and rabbits are among the most fed pets.

Some of the names given to pets are in English and German, while others are abbreviated versions of a few words. Although Turkish names are used more in our country, it is pleasant to the ear. Foreign animal names are also frequently used. The name to be given to the pets should consist of the word suitable for the character of the animal. The work to be given should reflect the animal in the best way. 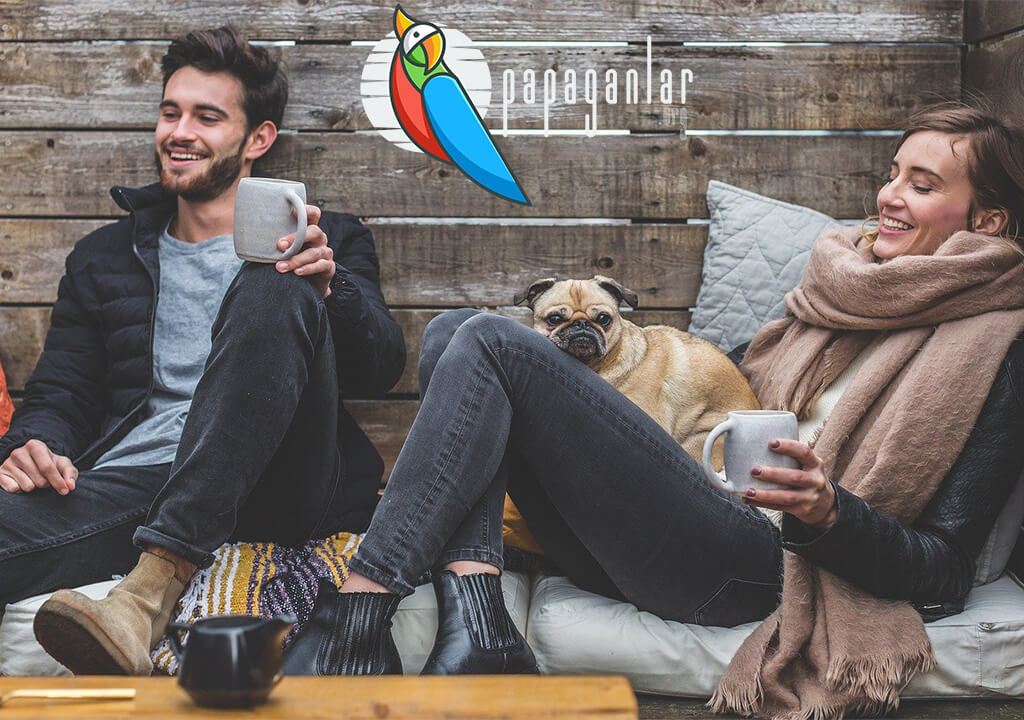 Pets that we admire for their cuteness and make our lives beautiful are named after popular names, books, movie characters or favorite foods and beverages, and colors. For some people, the most beautiful animal names are those that are funny. Because funny names sound nicer and more sympathetic.

Some of the most popular examples of Turkish animal names include:

While the name bead is mostly given to dogs, the name Tabby is given to cats. The name Maviş is given to the budgerigars, and the name Pamuk to the rabbits. Funny animal names consist of mostly reinforcement words.

Names such as these are among the different names given to pets. 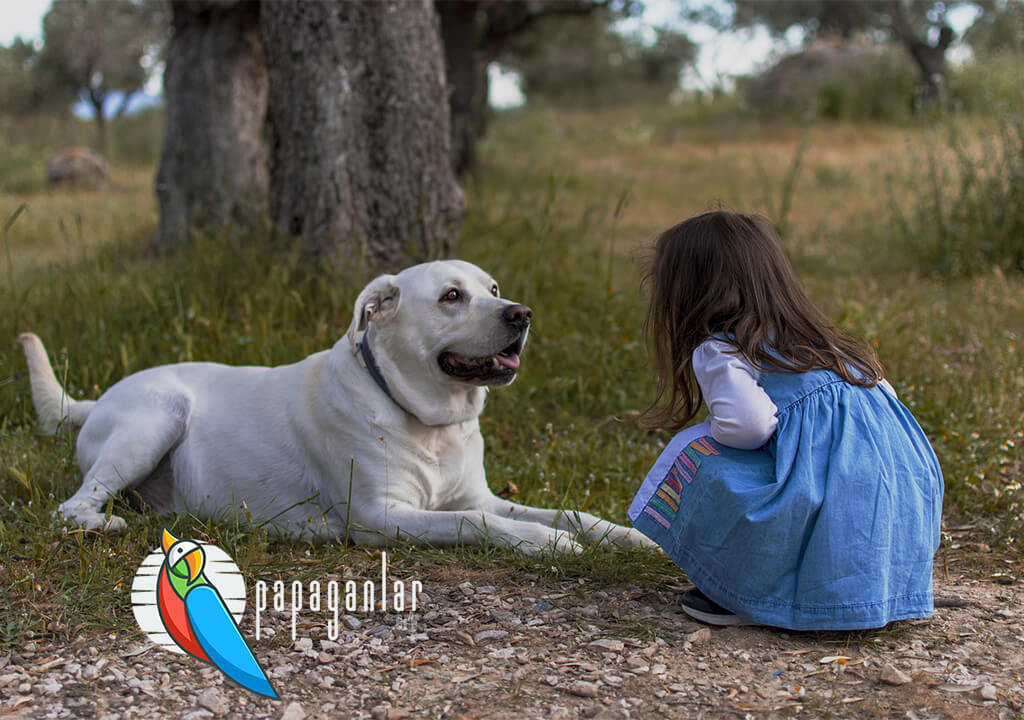 Pet names consist of foreign and Turkish words. The list of some animal namesthat can be given to many cute pets can be listed alphabetically as follows:

Names such as are among the most popular pet names for pets. 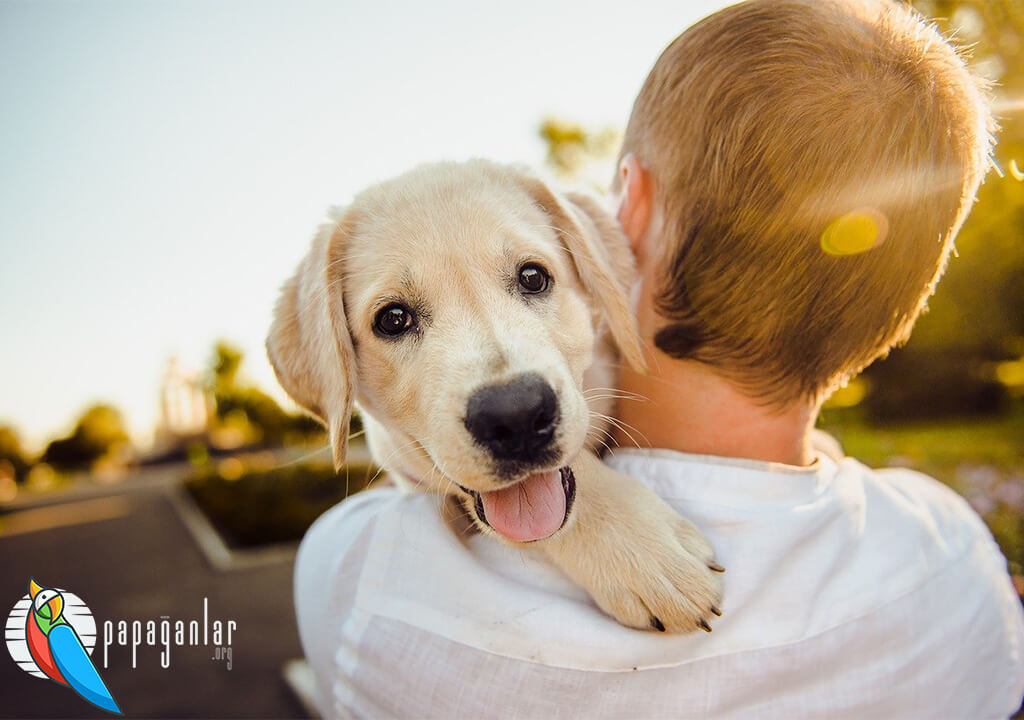 More foreign names are chosen for dogs than pets. Other people’s ways of addressing their friends are also used as animal names, especially the names given to pets, especially dogs. The most preferred dog names are; Charlie, Jack and Bella are their names.

While the names such as Daisy, Oreo, Strawberry are mostly preferred in animal names according to their feathers, names such as Blue, Honey, Olive, Çakır are among the dog names made according to eye color. When we look at the names of dogs in Turkish, the names Karabaş and Cinnamon are used very stylishly. In addition, the names Loki, Pasha, Maya and Foam are often given to domestic dogs. Names can also change according to the dog species. While names such as Reis, Count, Bandit, Baron are chosen for dogs in Pitbull species, Kangal dogs are used. The names of Wind, Cloud, Smoke and Oscar are mostly chosen. For ornamental dogs, there are names among the names of Lady, Hazelnut, Çiko, Zilli and Prensens. 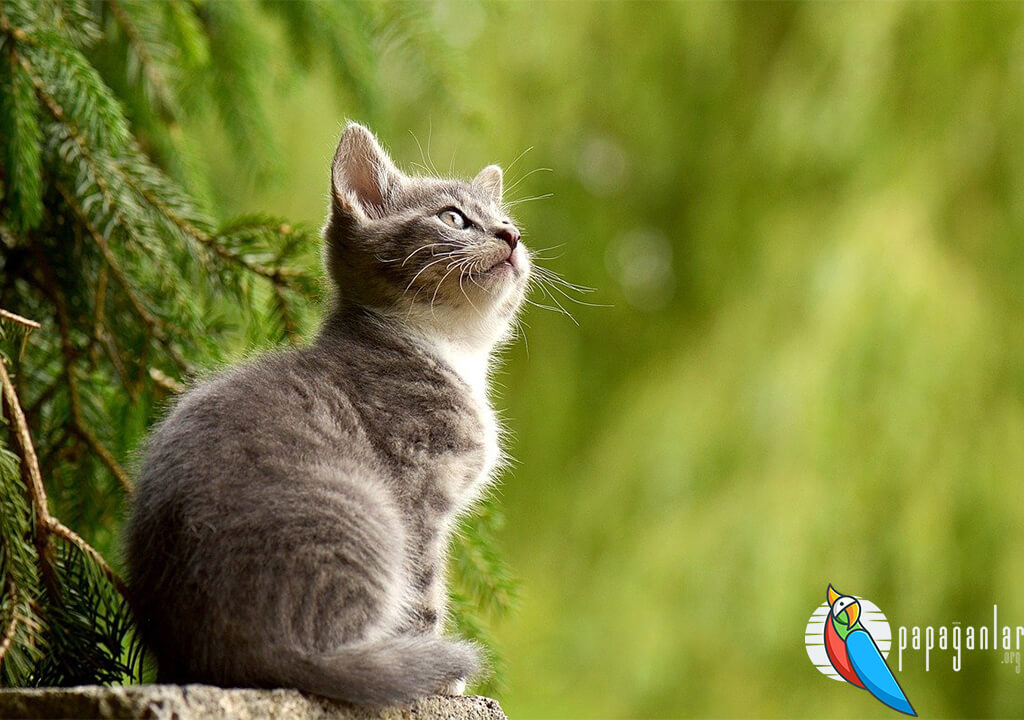 Cats, one of the most popular pets, have been a part of people’s social life from past to present. Among the Animal Names, the cutest names are given to cats. When hiring cats, the decision is made according to their gender, type and color. When we look at the research data, no animal names have as many options as cat names.

Their names are also among the most preferred domestic cat names. 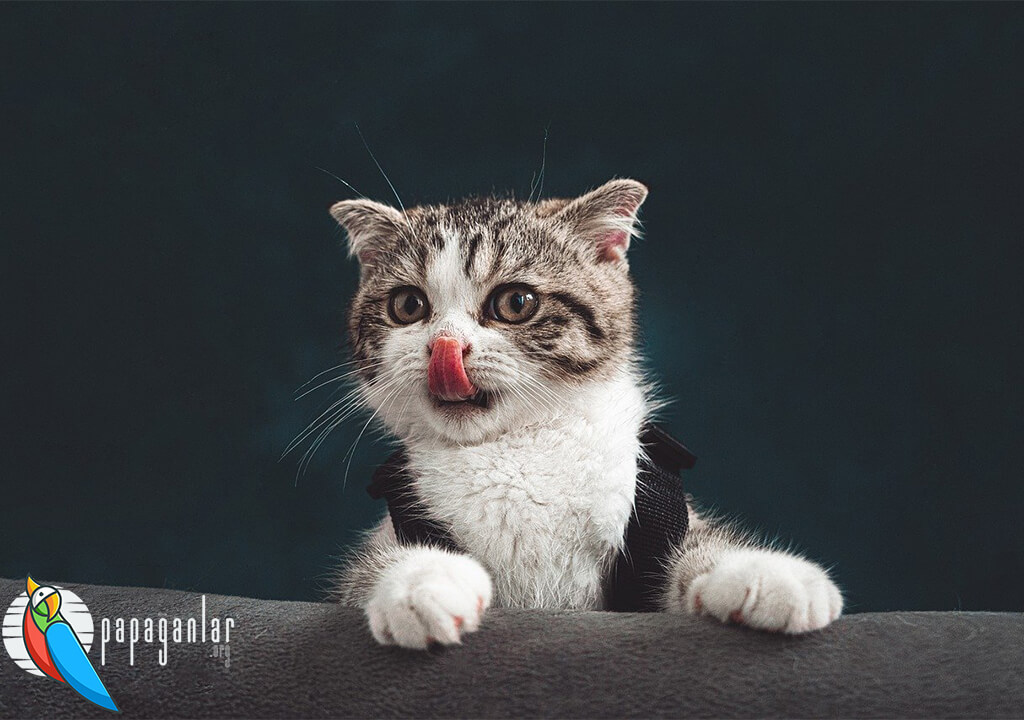 What Are Animal Names?

Since the name you will give to your pet that you adopt in your home tells a lot about you as well as the animal you keep, you should take great care when choosing a name. Recently, people choose pet names according to their perspectives on life and living conditions. 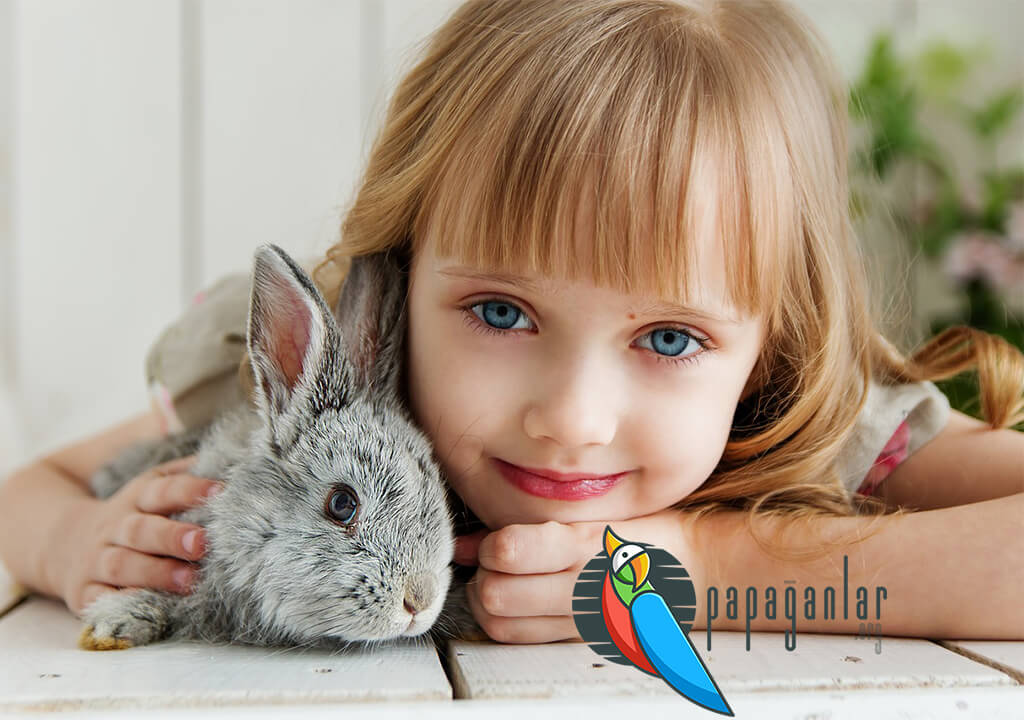 Do Animal Names Start With a Capital Letter? 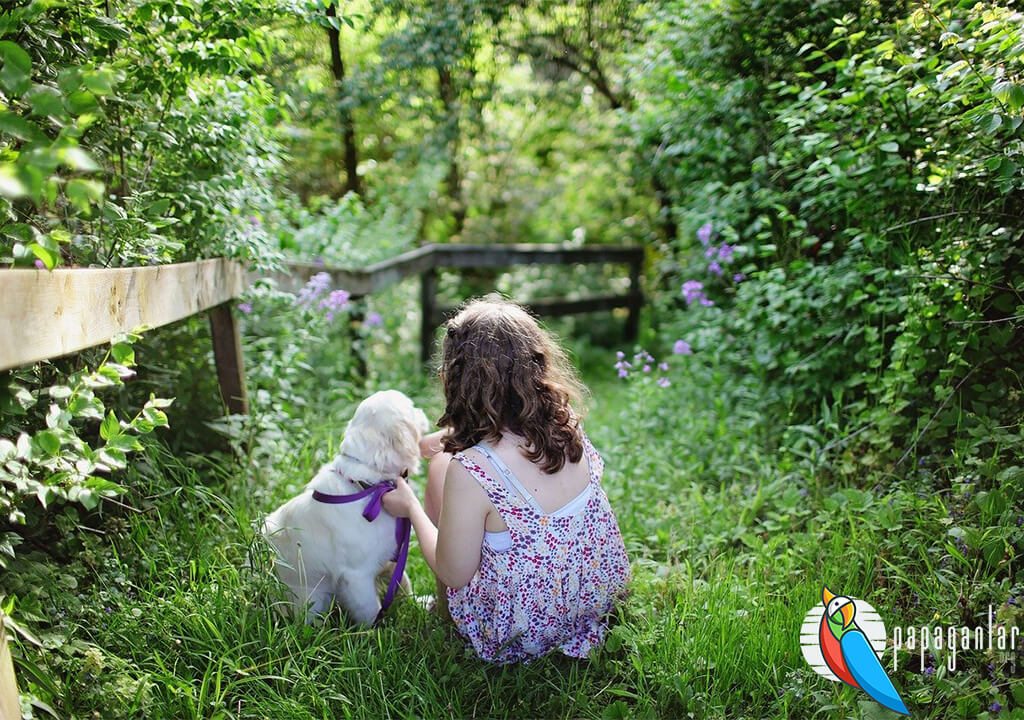 Since pet owners see their pets as members of their own households, they name their pets. Each pet’s name has a special name, just like personal names. All animal names are considered proper names according to the Turkish Language Institution. Some animal lovers and pet owners own many pets. Some types of animals are very loved. Pets sold in petshops are sold in a certain price range according to their species.

Some types of pets specially brought from abroad are bought at high prices by animal lovers and pet owners. Pets with few species are difficult and demanding to take care of. The variety of parrot species and cat species in pet selection is quite high. Different types of pets are given different animal names. While cockatoo parrots are called Reis, Ankara cat is called Princess. 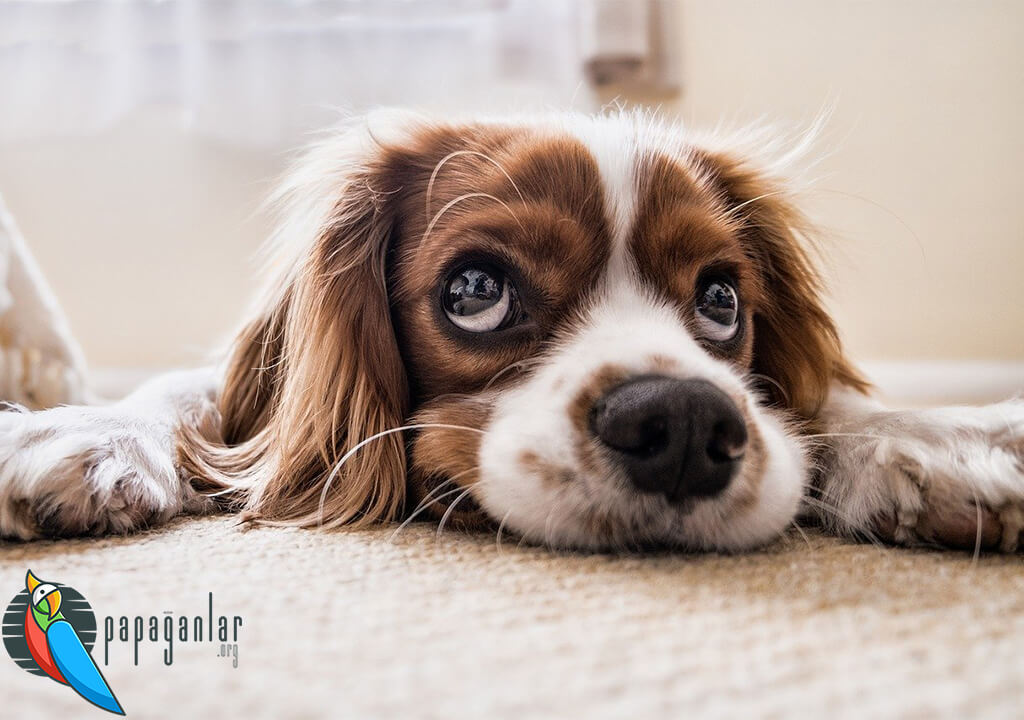 There is a wide variety of names for domestic pets. Some pet owners prefer ordinary names for their pets, while others prefer different animal names. In general, the names of Pıtırcık, Fırın, Cinnamon, Rıfkı, Princess were placed on pets, while pet names changed over time with the dominance of technology and social media in life.

Ordinary animal names have been created over time from cartoon characters and movie characters. Many different names such as Şero, Muzo, Tom, Benjii, Rover, Carlos, Chaki, Hektor, Pascal, Xena have taken their place among the names given to pets. Recently, cartoon characters such as Pupy, Lola, Felix, Molly, Vegas have been used as the name of domestic cats, which are also pets. 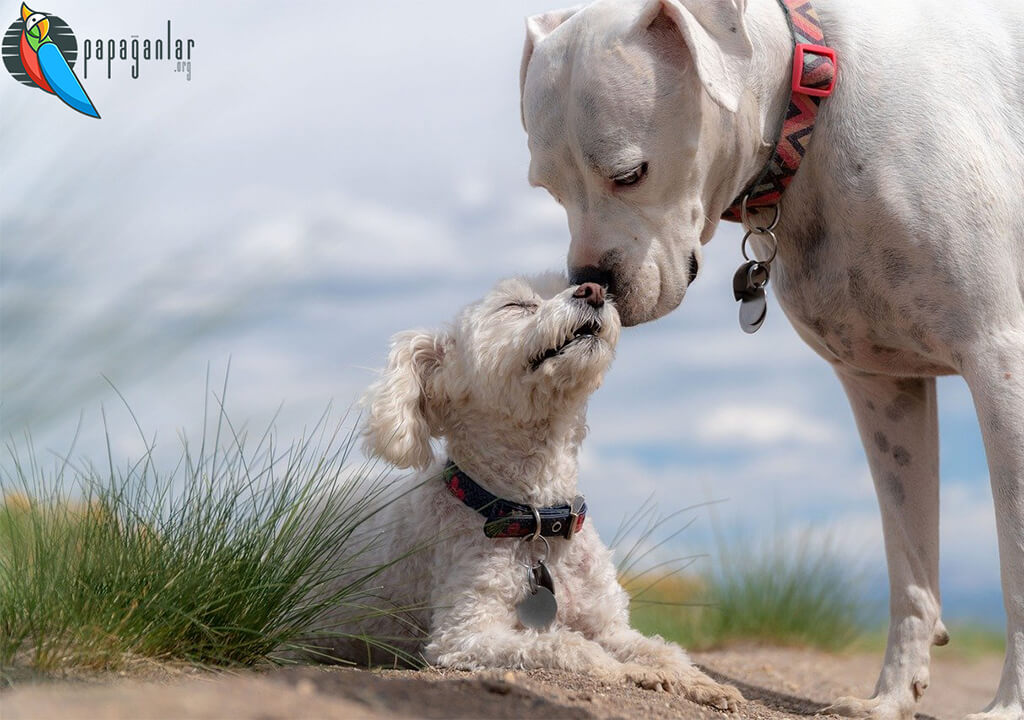 Countless difficult animal names can be derived from books, objects, fruits, and movie characters for pets cared for in homes, workplaces, and businesses. When a pet is adopted, it should not be tried to find a name immediately. First, the animal must be recognized and its character analyzed. This way, you can find a beautiful and difficult name you want.

The difficulty and permanence of the name that pet owners will choose for their pets may also vary depending on the life of the animal you feed. If you have a pet of any breed with a long average lifespan, a heavy and difficult name may be preferred, but the difficulty of naming can be different for budgerigars with an average lifespan of 2 years. Often difficult and heavy names are given to dogs, which are pets that live longer. Difficult animal names include Shakespeare, Socrates, Caesar, Olric, Bovary. 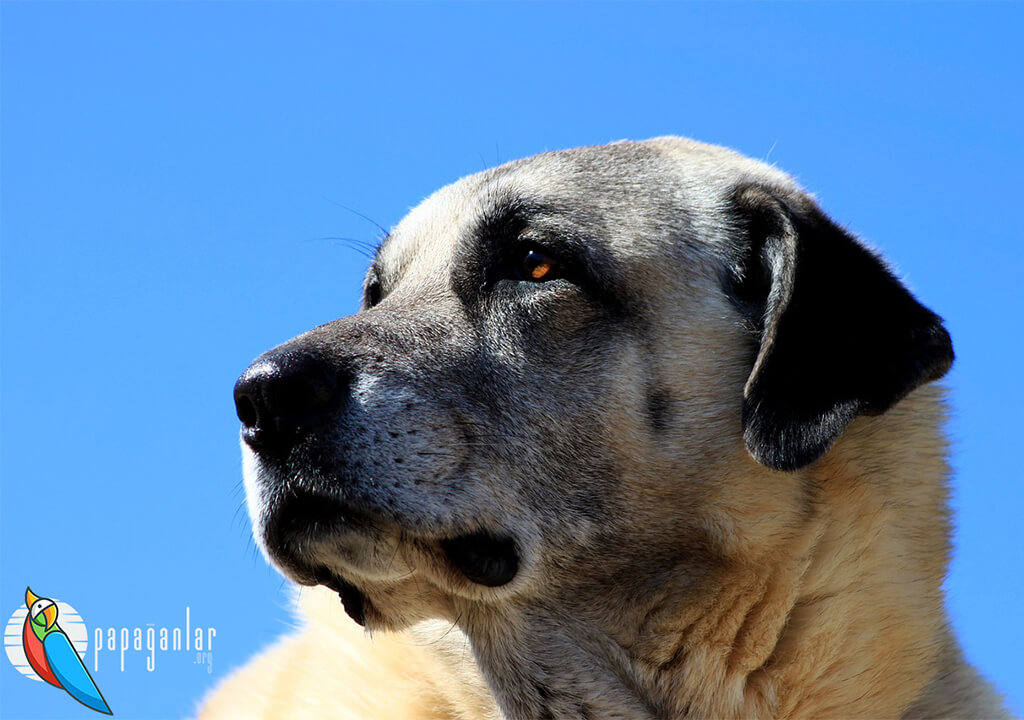 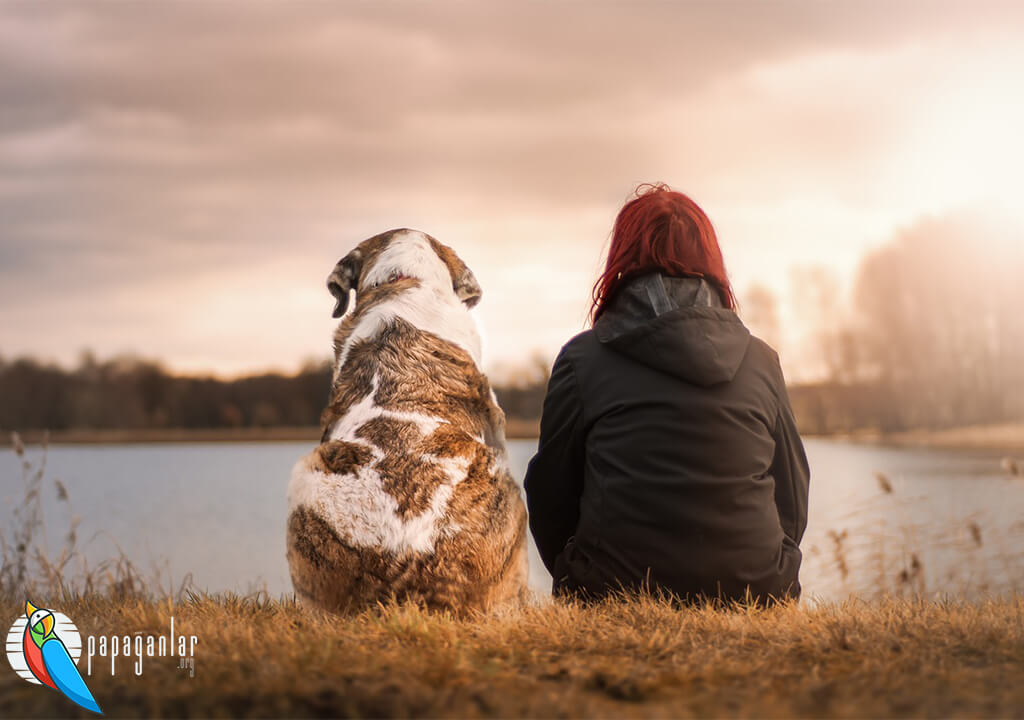 The names of plants such as Thyme, Vanilla, Sapphire, Bad, Cumin, Gum are preferred in female cats. In addition, food names such as brownie, Alpaca, cria, Anteater, Antelope, pup are often preferred as names for female dogs and female rabbits. Mythological words are also used as animal names in female animal names derived from many words and words. Many mythological words such as Artemis, Pandora, Freye, Phoenix, Nyx, Kibele, Zarie, Minerva, Iris have taken their place among the name options for animal names. 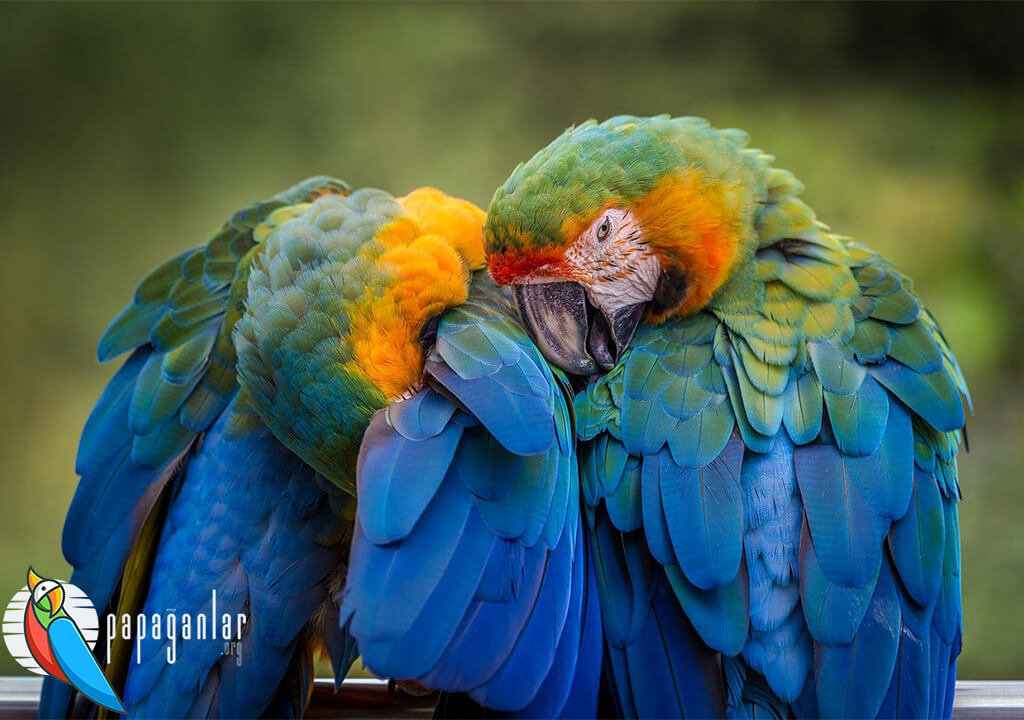 Small and very cute budgies are given funny and sweet names. Our favorite colors, favorite movies, adjectives and even human names can be put on pet birds. The cutest animal names are bird names. Pet birds can be named according to the color of their feathers. In addition, names such as Cocoa, Cinnamon, Cobalt, Brown are preferred according to the color of their feathers. Birds can also be named according to their cover. Names such as Crow, Peacock, Dove, Sparrow are preferred in the names of birds that make a lot of noise.

In general, as animal names in bird species;

names such as There are also many species of birds, which are pets. Parrots, especially bird species, are fed a lot by their animal owners. The most common parrot names are Pika-boo, Ricky, Ruby, Rosa, Thor, Spike and Pepper. 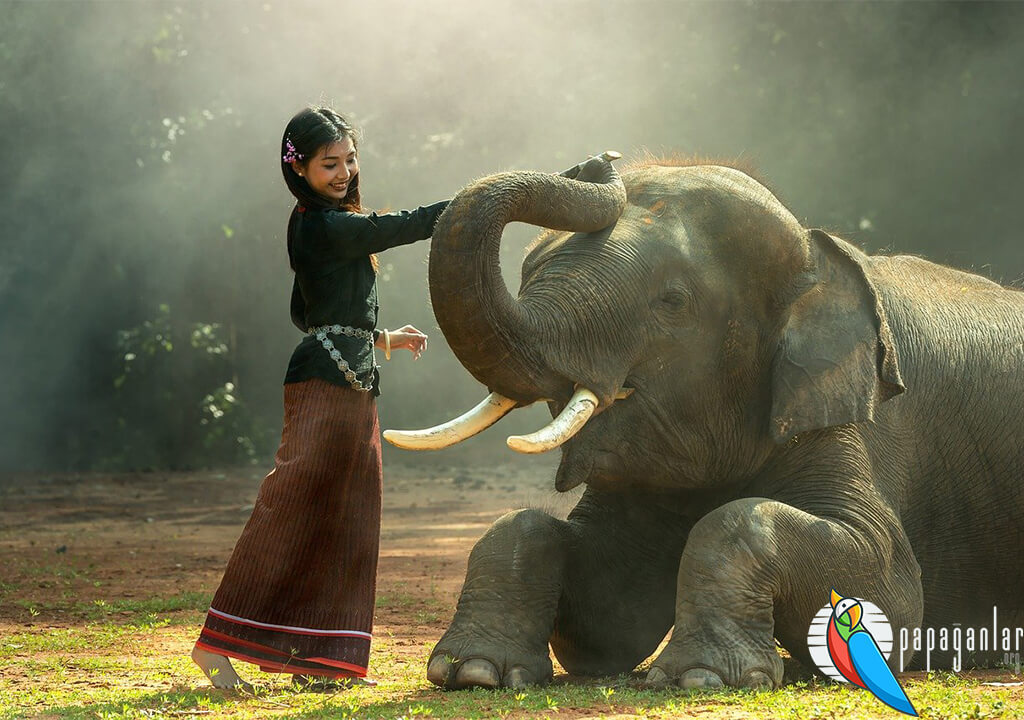 Usually retired people and ranchers give classic animal names to the animals they keep. More plain and classic animal names are preferred by pet owners who live a simple life. An animal owner who has lived on a farm for years prefers the name Çomar to the male dog he keeps. She doesn’t want to use the word Phoenix as a dog name.

Animal owners who are retired and freed from the chaos of life give more naive and peaceful names to the animals they feed. Oreo, Echo, Henry and Diesel prefer the names as animal names. Animal owners living in rural areas and dealing with animal husbandry use the names Karabaş and Tabby more often. Some pet owners also give different types of pets words such as Toby, Coco, Rocco.

Pet owners should know the characteristics of animals well before naming their pets. It is very important in terms of training that the pet is given a name appropriate to its structure during the habituation period. Pet names should be short words. Pet names such as Honey, Love, Kez, Mia, Leo, Eva are among the most popular pet names of recent times. Pets name must be fictional.

The name you choose according to the characteristics of the animal is integrated with it. For active and lovable pets, the name Jax is very appropriate. For mischievous pets, the name Rocket would be a fitting name. A fancy name would suit a budgerigar with colorful feathers. Wheat, latte, sesame, rice pudding attracts a lot of attention for pets with different names. Names such as Bow, Roza, Macaron, Lokma, Souffle are used for pets that are both cute and different in appearance. 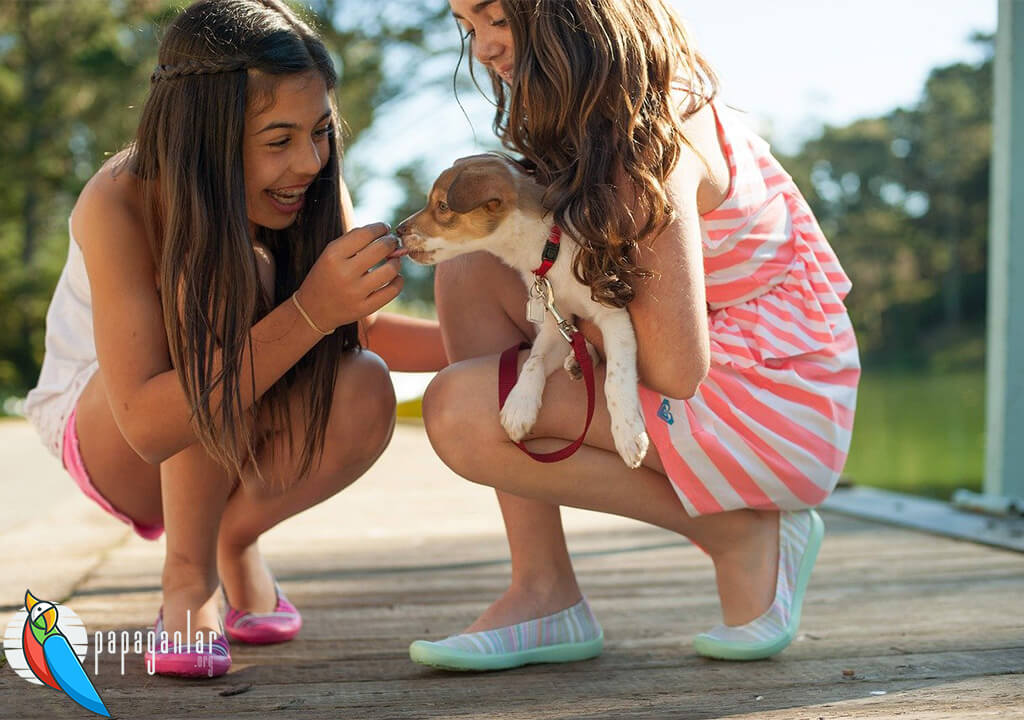 Pet owners, who have recently been completely stuck in buildings with the effect of globalization, keep various pets. As the number of pets that can be kept at home increased, the number of animal names used increased and diversified at the same rate.